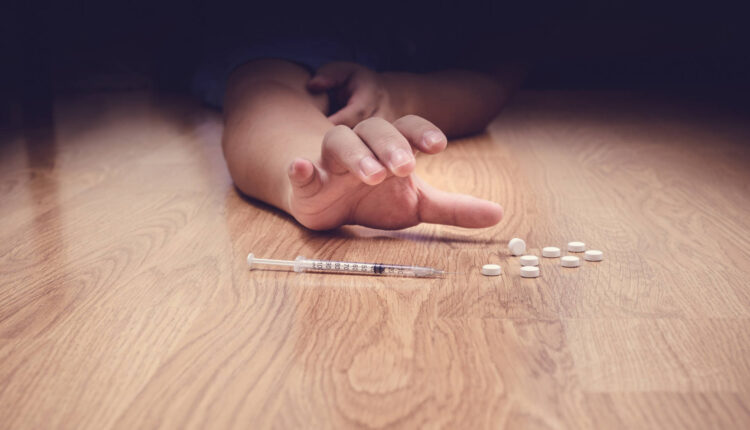 It’s a scary time to be raising teenagers. The world is full of temptations and dangers, from drugs and alcohol to pornography and sexting. Every day, we hear about another teenager who has succumbed to some form of addiction.

Most Essential preventive medication for your canine

As a parent, it’s natural to want to protect your child from these dangers. It’s essential to be aware of the signs of addiction in teenagers, so you can intervene early and get them the help they need. Here are some signs to tell if your teenager is at risk and what you can do to help them stay on the right track.

One of the first signs that something is wrong is when your teenager starts withdrawing from friends and family. If they’re suddenly spending more time alone in their room or stop hanging out with their usual group of friends, it could be a sign that they’re using drugs or alcohol.

Of course, there are also many other reasons why teenagers might start to isolate themselves, so this shouldn’t be taken as a surefire sign of addiction. However, if you notice this behavior change along with some other signs on this list, it’s worth investigating further.

In case your fears are confirmed, and your teenager is engaging in substance abuse, you can best encourage them to seek professional help. The folks at Olympus Recovery recommend booking them in a Partial Hospitalization Program to give them the best chance at a full recovery. Many addiction treatment programs can help your teenager overcome their addiction and get back on track.

2. They’re Acting Out In School Or At Home

One of the clearest signs that a teenager is struggling with addiction is when they start to act out in school or at home. This can manifest itself in many different ways, but some of the most common behaviors include:

If you notice your teenager exhibiting any of these behaviors, it’s vital to take action immediately. Talk to them about what’s going on in their life and see if there’s anything you can do to help.

3. They Have A New Group Of Friends

When teenagers start hanging out with new friends, it can signify that they’re heading down a dangerous path. This is especially true if their old friends were people who didn’t engage in risky behavior. If your teenager is suddenly spending all their time with kids into drugs, alcohol, or gangs, it’s important to step in and find out what’s happening.

There could be any number of reasons why your child has chosen to abandon their old friends and hang out with a new crowd. It could be that they feel like they don’t fit in with their old friends anymore, or maybe they’re just looking for someone who will accept them for who they are. But whatever the reason, it’s essential to make sure that these new friends aren’t leading your child astray. If you’re concerned about your teenager’s new friends, try talking to them about it. Explain that you’re just trying to look out for their best interests and that you want to make sure they’re hanging around with good people.

4. They Seem Depressed Or Anxious

Many teenagers these days seem to be depressed or anxious. In fact, according to the National Institute of Mental Health, 1 in 5 teenagers have a mental health disorder

. And while depression and anxiety can sometimes be symptoms of other problems, such as hormone imbalances or family problems, they can also be signs of addiction.

5. They’re Losing Interest In Their Hobbies

It’s not unusual for teenagers to lose interest in their hobbies. After all, they’re going through a lot of changes – physically, emotionally, and mentally. As they enter into the teenage years, their interests tend to shift and change. What may have interested them when they were younger may no longer hold their attention.

That doesn’t mean that there’s anything wrong with them – it’s just part of the natural process of growing up. However, if you notice that your teenager is losing interest in activities that they used to enjoy, it could be a sign that they are developing an addiction.

Mood swings and irritability are common in teenagers. This is a time of great change for them, both physically and emotionally. It’s normal for them to be moody and irritable at times.

However, if these mood swings are so extreme that they interfere with your teen’s ability to function normally, or if they’re accompanied by other symptoms such as withdrawal from friends and activities, changes in eating habits, or problems with schoolwork, then your teen may have an addiction.

7. They Have Changes in Sleep Patterns

A common sign of addiction is changing sleep patterns. When someone is addicted to something, they will often find themselves needing to use the substance more and more to get the same high. As a result, addicts will often lose sleep as their body becomes dependent on the drug or alcohol. This can lead to all sorts of other problems, such as fatigue, mood swings, and decreased productivity.

If you notice that your teenager is sleeping less, it could be a sign that they are using drugs or alcohol. This is because when someone is addicted to a substance, they will often lose sleep as their body becomes dependent on the drug or alcohol. As a result, addicts will often suffer from fatigue and decreased productivity.

If you’re concerned that your teenager might be struggling with addiction, the best thing you can do is talk to them about it. Let them know that you’re there for them and that you want to help them get better. If they’re reluctant to talk to you, or if you’re not sure how to start the conversation, you can always speak to a professional. Addiction counselors can provide support and guidance for both you and your teenager. And they can also help you find the treatment options that are right for your family.

Most Essential preventive medication for your canine