How The NBA Has Contributed To The Growth Of Basketball Globally 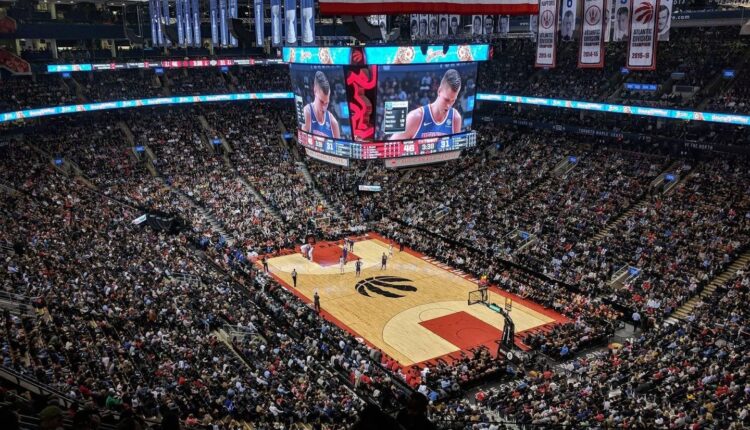 Sports Browser, earlier in 2022, named basketball the third most popular sport globally. It can be said that at the frontline of this recognition is the National Basketball Association (NBA), which has made the sport a captivating activity.

The league was established in 1946 and has transcended beyond something Americans love to a competition everyone outside America loves and talks about. It has captured the rigor of sporting performance, created stunning shows, and streamed it live on TV.

The NBA used a mix of merchandise, tickets, TV rights, sponsorships, and bets on NBA final odds to make ordinary basketball players global celebrities and champions, which has changed the outlook of basketball. For example, basketball fans can make money through  online sports betting by betting on a favorite team or athlete.

Through the scholarship opportunities the league provides, many have migrated to the US just to be a part of it. How did this happen?

The Globalization of NBA

The NBA is a social and economic force globally, just like the Olympics and the European soccer leagues. Its popularity is no longer emerging; it has grown with rabid fans scattered around the globe. It started going global with the first international exhibition game held in Israel in 1978.

The exhibition was held in Yad Eliyahu Sports Palace, where the 10,000 available seats sold out in three weeks.

It was a match between the global champion of the time, the Washington Bullets, and Maccabi Tel Aviv, a team in the International Basketball Federation (FIBA), headquartered in Switzerland. The Bullets lost 98-87 to the international basketball team.

The global stage for the league grew, and basketball’s popularity grew alongside it. NBA stars like Larry Bird, Kareem Abdul-Jabbar, Michael Jordan, and Julius Erving took the global stage and championed sports in other countries.

For example, the NBA played more games in Germany, Russia, Italy, China, and other countries. Hakeem Olajuwon, Kiki Vandeweghe, and Detlef Schrempf also surfaced in the sport, marking the beginning of foreign players in the NBA.

The NBA went to the Olympic spotlight in Barcelona, Spain. The popularity didn’t wane in the 2000s as it was the period where the popularity of the league and the sport in China skyrocketed.

There was a first-round drafting in China in 2002; it was the drafting of Yao Ming, a player who was a bridge between two rival countries. Since then, the NBA has promoted the sport there, improved cultural integration, and made celebrities out of athletes.

NBA and its Academies

The league has always had something similar to an academy for years now. In 2016, it officially launched an academy with a year-round rigorous and elite basketball development scheme.

It was an opportunity for high school-age prospects interested in the NBA to develop their abilities and join the elite team. The program has expanded to about 75 countries, with leading participants from Australia, Mexico, India, Senegal, and China.

The academy is the NBA’s way of scouting talent, creating a relationship with them, building an environment for their growth, and making them superstars in the long run.

The women’s wing of the academy was later established in 2018. It was a way to engage women in sports and also facilitate gender inclusion in other facets of life.

It has ‘made’ over 60 female NBA academy participants since then. The list includes Han Xu from China, Aaliyah Edwards of Canada, Nika Muhl of Croatia, and Aicha Ndour of Senegal.

Since China, exhibition games have been held in countries like the UK and Mexico. The quality of the regular season is as high as what you enjoy during preseason games.

The NBA plans to expand to other cities, with some even saying countries. There are deals to promote basketball in developing and developed countries, which will further propel the sport’s popularity. Already, there’s a 19% increase in its viewership in 2021/2022, which shows that it’s becoming a global icon in sports.

The NBA Foundation is a chance to promote the economic empowerment of the black community. The foundation recently announced a sixth grant round totaling $20 million, its most significant in history.

The goal is to drive meaningful social transformation in the black community. The impact of the grant should be felt in the employment of black people, education, and the advancement of black-owned businesses. This makes the NBA not just a sport but a weapon for social good.

They collaborate with culturally intrinsic brands such as Hennessy to promote basketball in Africa, Asia Pacific, South America, and Europe. A part of the cultural partnership campaign is collaborating with global music icons like Lil Wayne, Snoop Dog, Drake, Dej Loaf, DJ Khaled, and many others. This is a way to keep the sport in the subculture of pop culture.

In addition to this is the relentless activism of the athletes. The likes of LeBron James, Anthony Davis, and others stood up for social issues and spoke about their significance. While they promote the sport, they also kept their activism for social matters, and this has made the sport grow. Their statements promoted solidarity for protesters in the heat of the Black Lives Matters movement.

Sport is not just a means of entertainment, and some leagues are worth more than money-making ventures. A league like the NBA is passionate about spreading the sport to the globe.

The league has improved cultural integration and gender inclusivity in the sport, making basketball the third most popular sport globally. While the league cannot take all the credit for basketball’s growth, its contributions through its academy and foundation is a significant boost.