If no contract with the Los Angeles Rams is made, Aaron Donald is ‘at peace’ with his career. 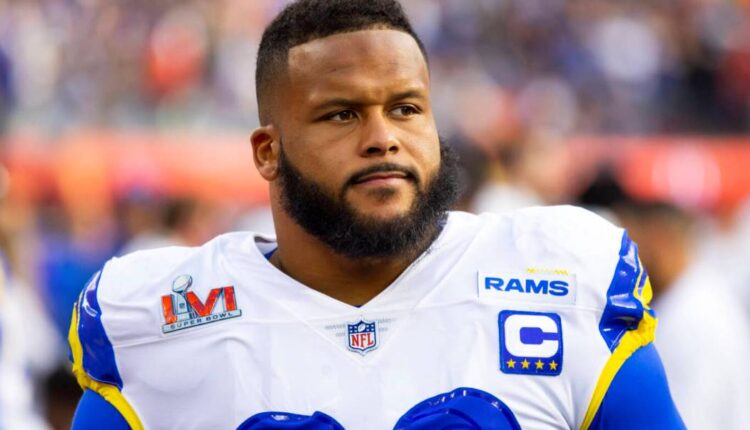 If he and the Los Angeles Rams can’t agree on a new contract, star defensive tackle Aaron Donald believes he’ll be “at peace” with his career.

The Rams have stated that they are negotiating on a new contract with Donald, who is under contract until 2024 but has no guaranteed money remaining on his contract. Rams coach Sean McVay expressed relief at the annual league meeting in March that Donald had decided to remain for the 2023 season. However, Donald stated on the “I Am Athlete” podcast that his comeback is conditional on a new contract.

Donald, 31, said on the podcast hosted by former NFL players Brandon Marshall, Adam “Pacman” Jones, and LeSean McCoy, “It ain’t about the money, it’s a business at the end of the day.” “That is what you must see. It’s all about winning for me. I don’t want to play football if I’m not going to win anyway, so I figure if I have a true chance to win another Super Bowl, I’ll play. However, it is still a company. We’ve got to deal with the business side of things, and if that doesn’t get taken care of, well, it is what it is. Regardless, I’ll be alright.”

Donald’s eighth season in the NFL ended last season, and he indicated on the podcast that he had always considered retirement after eight seasons. He stated that winning the Super Bowl had no bearing on his choice.

“However, winning a Super Bowl becomes a little addictive. I’d like to experience that sensation once more. That sensation is unlike any other, I’m not going to lie. If I were to play, it would be for the sole purpose of winning another Super Bowl, but it is still a business, and it must make sense to me and my family.”

On the podcast, Donald, a three-time Defensive Player of the Year, claimed he “doesn’t have to play football to be fine.”

“I was fortunate to be able to play this game, to earn the money I did, and to achieve the goals I did in eight years. It would be fantastic if I could win another one. But if not, I’m content “he stated

Donald stated that he and the Rams “probably” will reach an agreement, but that if one cannot be reached, he will not be “angry.”