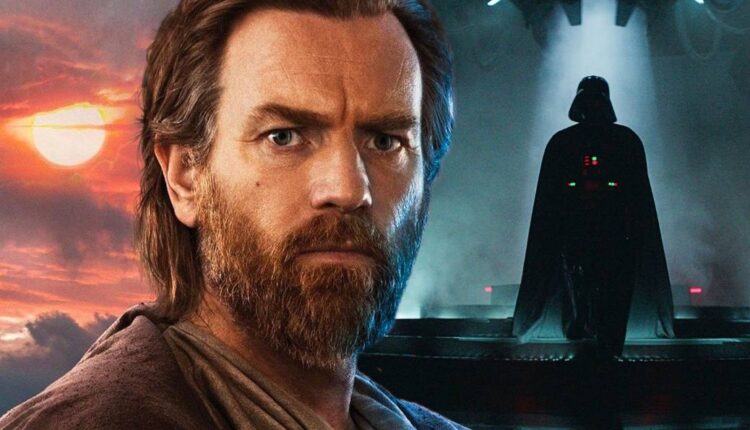 This past Friday saw the release of episodes one and two of Obi-Wan Kenobi, and now we’re back on a short week to discuss and recap episode three. Deborah Chow’s ability to more than manage the series was demonstrated in both of the episodes that came before this one. Due to the fact that it was the mid-season finale, episode three carried a significant amount of weight. It’s a relief to report that it’s still accurate.

It would appear that I will be complimenting Ewan McGregor’s performance as Obi-Wan Kenobi in each and every episode. Can you blame me? Acting-wise, the dude is in a league of his own. It is naive to believe that he will provide anything less than his very best for us. My criticism of the Third Sister in the first two episodes of Obi-Wan Kenobi was warranted; however, the issue appears to have been resolved in the third episode of the series. Moses Ingram is such a frightening figure. It is unfortunate that Darth Vader is the primary antagonist in this story. The limited series could have stood on its own successfully with her playing the role of the main antagonist. I’m happy that they’ve given her more opportunities to demonstrate her worth. The character of Leia, as portrayed by Viven Lyra Blair, has been outstanding throughout this series. When it originally appeared that the primary driving force behind the events of the series would be her, I couldn’t help but feel uncomfortable. My concerns have been mostly put to rest by Obi-Wan Kenobi up to this point, as is the case with the majority of everything else.

This limited series offers, in a manner comparable to that of The Bad Batch and Rebels, a glimpse into what daily life was like for people living under the rule of the Empire. It is quite interesting to watch the interactions that regular people have with the empire. Naturally, you have some loyalists among those who have turned their backs on the Empire. We wouldn’t have had the epic reference to Quinlan Vos if the traitor hadn’t turned on them. This is something that has always been a fantastic component of the Star Wars franchise. It is something that I really hope to see more of as the series goes on since I find it to be quite interesting.

A further highlight has been the bond between Ben and Leia, as well as the tale that centers on them. The combination of Ewan and Viven makes for a fantastic team. Watching the two of them explore different parts of the universe is something that I could enjoy for a long time. However, the lone wolf with his little charge is a cliche that always gets a rise out of me. I am relieved to learn that we are not finished with these characters after the conclusion of the episode. The story of Ben and Leia is entwined, and it will continue to play out until the very end.

What else can be stated about the excellent manner in which Darth Vader makes his appearance in this episode? I am aware that he has always been seen as frightening and intimidating by others, but I can only think of a few instances in which I personally perceived him in this light. This particular scenario was most definitely one of those occurrences. It was terrible to watch Vader march through the city streets while he was choking for hurling humans while he was looking for Ben Kenobi. It’s fascinating to think that we can truly watch Darth Vader cause havoc across the galaxy. The back-and-forth game of cat and mouse that they played with each other was really stressful to watch. The point is, it really shouldn’t be the case. Both of these characters’ stories have a conclusion that is known to us. In light of this, the fact that a chain reaction involving the two of them was responsible for raising my anxiety should have been close to inconceivable. It is undeniable that Ewan’s performance was the reason for this. It is when I watch him acting so terrified and anxious to visit his former padiwan that I am convinced that this is true. He is a true master of his craft.

Even though it was only a short fight, it was a lot of fun to watch. It broke my heart to see how easily Vader was able to fool around with Obi-Wan. It is plain to see that all of these years spent doing nothing have had an adverse effect on him. Only ten years before, he had defeated Anakin when the latter was likely at the height of his prowess. At this point, he is barely capable of holding his own. The sight of it will destroy your heart. When they face off again in this series, it is difficult to imagine what he will be able to do. Having the opportunity to witness Darth Vader subject Obi-Wan to the same ordeal that he himself had gone through was a really unique and unforgettable event. It was a horrible, excruciating, and appropriate method of torment for their narrative. Let me begin by saying that this is a broken record. If there is one thing that can be said with absolute certainty about this series, it is that we require a Darth Vader one.

They have once again succeeded. The third episode is really great to watch from beginning to end. This episode just keeps getting better and better, from the more sedate beginning all the way through to the nail-biting conclusion. The cast and crew have every reason to be tremendously proud of the work that they have produced. Regarding this series, I have absolutely no concerns or reservations whatsoever. Bring on the fourth episode! -Collin Stetzner