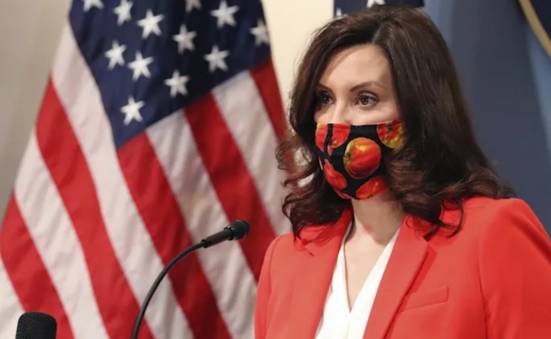 Federal prosecutors dropped the testimony of an FBI special agent involved in the investigation of an alleged plot to kidnap Democratic Michigan Gov. Gretchen Whitmer after findings he called former President Donald Trump a “piece of s***” on social media during the investigation’s course, according to a defense attorney.

Michael Hills — who represents defendant Brandon Caserta, who is among the six people charged in the case — said during a court hearing Thursday that prosecutors decided not to use Agent Richard Trask’s testimony during a pending October trial. Prosecutors gave defense teams access to Trask’s social media posts this week, with at least one taking aim at Trump and his supporters, Hills said, according to the Detroit News.

“If you still support our piece of s* president you can f* off,” read the March 28, 2020, post. “As someone whose wife works in the hospital I hope you burn in hell along with your douchebag f*** reality tv star. His ego is going to kill a lot of people and anyone who supports that is a dumbass. This is what you get when you elect an egotistica/narcissistic (sic) maniac to the top office. He needs people to be nice to him or he won’t help. F you douche.”

It was not immediately clear why prosecutors dropped Trask’s comments. However, the defendants’ “Wolverine Watchmen” militia group had connections to another group, the Three Percenters, whose members were among the group of Trump supporters charged in connection to the Jan. 6 Capitol riot.

The Washington Examiner contacted the U.S. Attorney’s Office for the Western District of Michigan for comment.

Trask’s involvement in the case had already been complicated after he was arrested in July for allegedly beating his wife during a dispute over a swingers’ party.

Before his arrest, he gave testimony in court about his findings during the conspiracy investigation, and in an Oct. 6 affidavit, Trask swore to an account detailing what agents discovered.

“Several members talked about murdering ‘tyrants’ or ‘taking’ a sitting governor,” the affidavit said. “The group decided they needed to increase their numbers and encouraged each other to talk to their neighbors and spread their message.”

Defense teams have fought the charges, including kidnapping and weapons of mass destruction conspiracies, repeatedly accusing the FBI of unlawfully furthering the plot.

Hills last month alleged an FBI agent instructed an informant to lie and delete text messages that would reveal the agency furthered the kidnap conspiracy, asking the court to order prosecutors to produce communications between agents and informants.

Questions about the FBI’s role in investigating the conspiracy preceded Hills’s request. A report published in July revealed the FBI’s deep involvement in the militia group’s alleged plot, as the agency had a dozen informants working on the case, including one who became the group’s second-in-command.