MESKERS: In Honor of Columbus Day 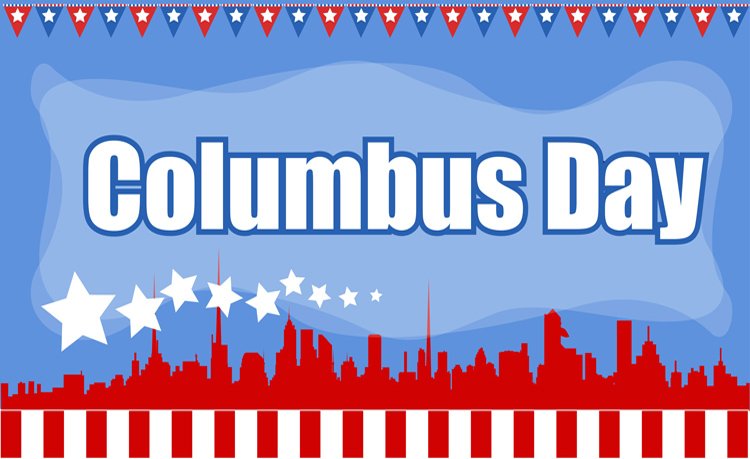 I will go to town Hall to celebrate Columbus Day. I am proud of my Italian heritage and I celebrate the tough road to acceptance that Italian Americans have faced in this country, but I think it’s important given the aggressively partisan nature of the discussions today, inclusive of the debates on critical race theory, that we step back and look at the history of Columbus Day.

For the 400th anniversary of Christopher Columbus’s voyage in 1892, following a lynching in New Orleans where a mob had murdered 11 Italian immigrants, President Benjamin Harrison declared Columbus Day as a one-time national celebration. The current thinking is that Columbus Day in 1892 was meant to be an inclusive day specifically designed to include the immigrant populations from Italy and its environs in the American political process and at some level to help heal the wounds from a brutal lynching that occurred in New Orleans in
1891 when 11 Italians were lynched supposedly for the crime of killing the chief of police. Before they were able to tried or to establish their innocence, this group of Italian immigrants were summarily seized from the jail and carved up and beaten and strung up by a wild mob of people in a savage display of unchecked violence. No one was ever charged in that crime, and in fact many newspapers of the day celebrated the mob justice handed out to them in New Orleans. The principal reason for the violence against Italians at that point was thought to be the very large immigrant population from Sicily had overwhelmed the sensibilities of New Orleans in the late 1800s and the discomfort generated among the local population in hosting such a large group of Italian Catholics immigrants. Tempers flared and the Police Chief’s murder set the stage for this horrible and shameful and violent uprising.

Today, as we celebrate Italian Americans and Christopher Columbus and his purported Italian heritage, there are definitely reasons to challenge that celebration. Some will rightfully criticize the history of colonialism and the awful impact on native communities throughout the Americas. There is also active discussion as to why Christopher Columbus has become the symbol of Italian American Pride given the doubts about his country of origin. Much of the current thinking suggests that he may in fact have been of Portuguese origin, and not from Genoa.

The native language of Genoa at that time of the discovery of America by this Spanish agent (Columbus) in 1492 was Ligurian, yet Columbus spoke several languages as an adult, including Latin, Portuguese, Spanish, and perhaps Catalan. So it is difficult to tie down his nationality from the languages he spoke in life.The documents available from Columbus today include more than 2,500 notes penned in the margins of books he owned; some 80 letters, notes and memorials; copies of the log from his first New World voyage; volumes he compiled; and his
will. Most of the books and manuscripts are in Spain. None of his penned notes are in Ligurian or Genoese the language spoken in the Republic of Genova. Italy, it is important to remember, was not united as a country until 1861.

My Grandfather Luigi Pagnucco was born in Biwabik Minnesota to Flaminio and Carolina Pagnucco ( Italian Immigrants from Friuli). They returned to Italy when my grandfather was 3 and he was raised there. My grandfather later came back to pursue his dreams , he studied at City College and Colombia Law School and became a district attorney under Thomas Dewey and ultimately a Family Court Judge in Manhattan. It is in his memory that I attend today.

So today as a 1/2 Italian-American I will celebrate a man of origins unknown who worked for the Spanish to “discover” the new world. Now my family is a family of immigrants so I have to balance and bring to mind the various lines of thoughts that cross my mind on the Holidays we celebrate. This past memorial day I marched in Old Greenwich in our memorial day parade. Under the train bridge we have a sign that says “Greenwich Founded 1640”. One grandmother, my father’s mother, was from Northern Ireland and Catholic and no lover of the English and their history in Northern Ireland. Had she been alive and had she marched with me this past Memorial Day and had she looked up at the sign the said “Greenwich Founded 1640” there no doubt in my mind that Mary McGill from County Armagh would have said “Greenwich Occupied 1640.”

In essence when we talk about history and CRT we need to remember that history is always written by the victors and not the vanquished. The “discovery” of the new world was not a positive event for the inhabitants of this continent. Their world was drastically altered and its history all but wiped out. In a multicultural world that is a lesson worth reflecting on. When we look at the Tulsa Riots of 1921 or The Mississippi floods and internment camps in 1926 or the Chinese Exclusion Act of 1882 or the internment of American of Japanese descent during WWII or the Trail of Tears there are many reason to be critical about our race relations and to question if the history we teach accurately reflects our past. We need to think critically about our race relations and tread thoughtfully In the minefield of that heavily redacted history. For the record I am not a Marxist nor a Bolshevik nor some Fifth Columnist. It is my firm believe that history is nuanced and profound and complicated and teaching that history is very emotionally perilous and messy and awfully uncomfortable.

Now for the Italian Americans among us on Colombus Day as we celebrate Columbus whoever he was !!! …Cari Saluti