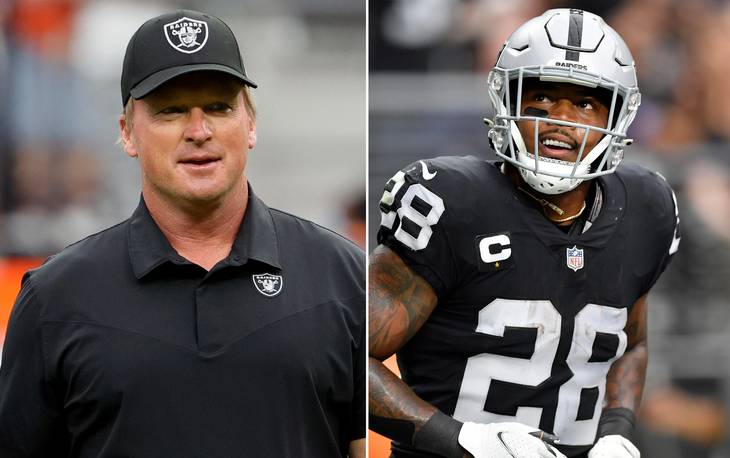 After Gruden apologized this weekend for an email he sent to then-Washington GM Bruce Smith in which he stated NFLPA President DeMaurice Smith “has lips the size of michellin tires,” some Raiders players defended the head coach.

“I’ve been around this man for three years now, and I’ve never felt a certain way about him,” Raiders running back Josh Jacobs said, according to ESPN.

Raiders quarterback Derek Carr, who ranks second in the NFL in passing yards, had similar sentiments.

“As a team, we were like, ‘Yeah, Coach, it was ten years ago.'” Man, we adore you. ‘We’ve got your back,’ stated Carr. “All we’re trying to do is be there for Coach.” I realize it’s a difficult moment for him. ‘Men, learn from my error,’ he said. We didn’t accept the outcome of the meeting when we left.”

When asked how the Raiders’ black players were feeling, Raiders standout pass rusher Yannick Ngakoue responded, “No comment on that.”

This weekend, Gruden apologized, claiming he hadn’t had any communication with the NFL about the email yet.

“All I can say is that I am not a racist,” Gruden declared. “I can’t express how ill I am. I apologize one more to De Smith. But I’m proud of who I am and what I’ve accomplished in my life. And please accept my apologies for my inappropriate words. I had no racist motives when I made those statements. … That is not at all how I am. However, I really apologize.

“I can’t remember a lot of what happened 10 or 12 years ago, but I’m standing here in front of everyone apologizing.” I don’t have a single iota of racism in me. I’m the type of man that takes delight in bringing people together. And I intend to do so for the rest of my life. And, once again, I apologize to De Smith and anybody else I may have upset.”