Mikhail Gorbachev, a former Soviet leader, passed away at age 91 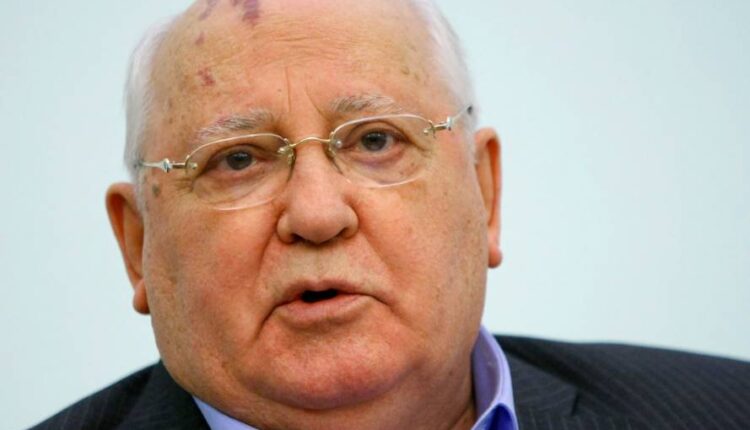 Mikhail Gorbachev, the former head of the Soviet Union and a key figure in the conclusion of the Cold War, passed away on Tuesday at the age of 91.

Without offering any other details, Russian media announced his passing and quoted the hospital that was attending to him as stating he passed away due to a “severe and protracted sickness.”

In the late 1980s, Gorbachev’s trademark glasnost and perestroika initiatives assisted the Soviet Union confront its history, liberalize society, open up its economy, and engage with Western leaders on weapons control. Along with addressing Chernobyl, he coordinated the USSR’s withdrawal of soldiers from an almost ten-year combat effort in Afghanistan.

Given the Nobel Peace Prize in 1990, he was seen as a visionary by many people overseas, including President Ronald Reagan. His legacy is more problematic at home, where many people believed he was responsible for the fall of the Soviet Union.

He believed himself to be a member of the World War II era.

He was born in the southern Russian hamlet of Privolnoye in 1931. He was a farmer’s son and was skilled at using farm machinery. He was also familiar with war’s horrors.
Years later, in an interview with the Academy of Achievement, Gorbachev claimed that growing up witnessing the Nazi occupation of his village had a profound impact on him.

“This was all happening right in front of our eyes, the eyes of the children,” he said. “Thus, you see, I belong to the so-called children-of-the-war generation. The war left a heavy mark on us, a painful mark. This is permanent, and this is what determined a lot of things in my life.”

Gorbachev was trying to make people less wary of communism because he never wanted to see a world war again.

When he was chosen Soviet leader in 1985, he was already at work interacting with Western leaders like British Prime Minister Margaret Thatcher, who had given him a historic support in 1984. He was a rising star in the Communist Party.

“I like Mr. Gorbachev,” she said. “We can do business together.”

One of Gorbachev’s closest advisors, Andrei Grachev, compared that support to a Frank Sinatra song.

“If you use the phrase from Sinatra’s song, ‘If you can make it there, you can make it anywhere.’ So if he could say it to himself that he could do it with Thatcher, he would be ready and capable of doing it with anyone else,” Grachev says.

In 1985, Grachev went to Paris with his boss for a press conference with François Mitterrand of France. The Gorbachev administration was accustomed to giving Soviet media prewritten questions. Gorbachev, however, did the unthinkable and answered all of the inquiries from the media.