Mom who got $200K in eviction donations, acknowledges the children are not her daughters. 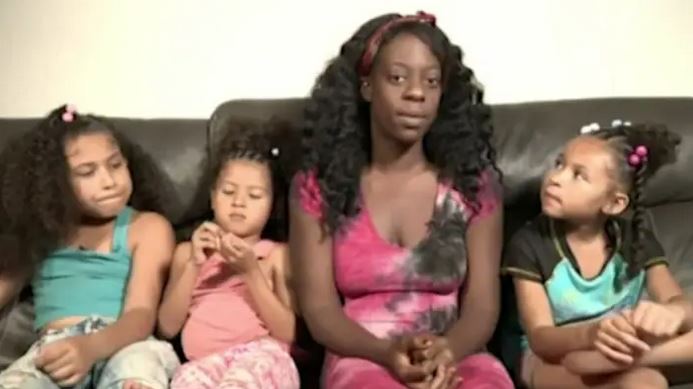 A woman who sat for a revealing recent interview in which she claimed she and her children were facing imminent eviction if the national eviction moratorium was not extended has confessed that she is not actually the kids’ biological mother.

Dasha Kelly was profiled on CNN under the pretense that she and her three daughters — who are 5, 6, and 8 years old — were due to be evicted after she lost her job as a casino dealer in Las Vegas due to the pandemic.

She started a GoFundMe effort with the goal of raising $2,000 to pay her back rent. “My name is Kelly and I have 3 daughters in Nevada,” her plea read. “We were maintaining just before this pandemic hit. Now we are suffering … Please help with anything you can.”

After being interviewed on the major news network and others, including theGrio, Kelly raised over $230,000 in donations.

In her compelling CNN interview last week, Kelly told the camera crew from the network that they “freaked (her) out” when they knocked on her Las Vegas apartment door. “I’m not going to lie,” Kelly said, “because I’m really thinking [their ousters are] coming at any moment.”

Within hours, money began to flood into her fundraiser. “I just want to tell everybody thank you so much,” Kelly said to CNN’s Erin Burnett as she cried. “I’m still in denial.”

In an update Monday, CNN wrote on its website that they have since verified that Kelly “takes care of the children in her home for periods of time. She says she originally described herself to CNN as a mother because she considers herself to be like one to them.”

“CNN has learned the children are also cared for by their mother, Shadia Hilo, and their father, David Allison, who is Kelly’s boyfriend,” the site reads.

“GoFundMe tells CNN they are in close contact with Kelly and funds will stay on hold until they verify her information,” they added. “GoFundMe says no funds have been withdrawn.”

On Aug. 3, the same day of Kelly’s CNN talk with Burnett, the CDC issued a new eviction moratorium to temporarily halt evictions in counties where COVID-19 is spreading rapidly. Under the new order, renters are protected from eviction until Oct. 3, 2021.

As for Kelly and her “family,” the three girls are expected to return to their biological mother’s home for school.

“I take care of these girls in my home for periods of time, and have for the last couple years,” Kelly wrote in an update to her GoFundMe on Aug. 9. “I’ve loved these girls unconditionally, and have been out of the kindness of my heart. I treat them as my daughters, and care for them in this way.”

She noted that those requesting refunds for their donations could have them fully refunded for a brief period, but the monies would be used to regain her financial footing and be saved in an account for the young girls.

As of early Thursday, the GoFundMe amount raised had shrank to less than $193,000.