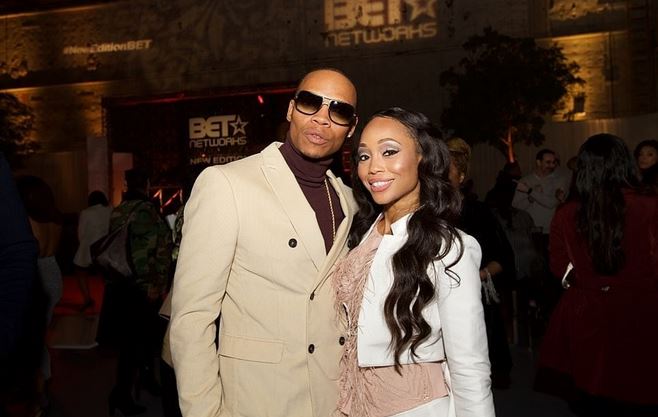 Shamari DeVoe says that she stepped down from the Real Housewives of Atlanta due to poor editing. The award-winning singer and current BET Presents: The Encore star, said that she was portrayed as a“drunk” and producers did little to encapsulate the full picture of her life.

“They wanted to show me with my lil wine and make it seem like I’m just this drunk or whatever,” she said in a recent interview with TheJasminebrand. She adds, “ But that’s not me – there’s a balance.”

DeVoe appeared on season 11 of the highly successful franchise, and it marked her first and last time on the show. Despite being well-liked by audiences, she told fans that she departed due to “personal reasons.”

When DeVoe was cast as the new peach holder for the RHOA in 2018, she did not hold back, spilling secrets about her relationship, life, and sexual prowess.

On the second episode in her season debut, DeVoe revealed to the group that she had previously encouraged an open marriage with her husband, Ronnie DeVoe of New Edition and Bell Biv DeVoe, so she could experiment with another woman. The couple share twin boys born in 2017.

“We were going through some really bad times,” she explains during the episode. “There was a girl that I was interested in and I wanted to do something different. I was bi-curious.”

She also was the target of many crude comments about her fashion choices and ensembles, spearheaded mostly by cast member Marlo Hampton, which ended in Hampton forcefully giving DeVoe a surprise makeover.

DeVoe said the comments didn’t bother her “because I’ve [DeVoe] never been the type to go after labels or just after trends and wear what other women are wearing, just because.”

When it was announced that DeVoe would not be returning for another season, rumors began circulating that DeVoe was fired from the series. DeVoe cleared up the allegations on Twitter, stating that it was her decision to leave.

The main crux of DeVoe’s departure was the showcasing of her drinking as the central theme of her character development. She even accuses producers of purposefully altering events.

“There’s a lot in editing, so they make you look like something that you’re not,” she claims, “There was a scene that I did during [RHOA] that was about couples and learning different tools and skills to keep your relationship going. And they cut that whole scene out.”

She also claims that the show didn’t air scenes that display other aspects of her life.

“Like they didn’t show the fact that I was doing the ‘Married 4 Life Walk,’ that I was helping people come together, and the thing about [me drinking on camera is] I hadn’t drank in like 2 years because I was pregnant with the boys, I was breastfeeding,” she says. “When I got on [RHOA] they [were] just shoving drinks at [me] left and right… So I’m like ‘Okay cool, I can finally get away from the twins’…[The drinks] went straight to the head.”

Despite her troubling feelings about her time in the series, she did state that she would be open to an RHOA return sometime in the future.

DeVoe, 41, told TheJasminebrand she’d love to star in a reality show about her own family life.

“I would love [a family show]. “I would do that. Like I would sign a contract today. I would do that–I already have the name. It’s called DeVoeted,” she said. “It’s going down–like seriously, I would do that in a heartbeat. I’m so big on family–I love my family, and I want the world to see the ups and downs in marriages and how difficult it is raising toddlers when you’re a geriatric mom and a geriatric dad. My husband is 53, [and] he doesn’t have any other kids–these are his first kids. So it’s like ‘Man, your energy isn’t all of that.’ It’s hilarious. If y’all was a fly on the wall in our house, y’all would be cracking up laughing at everything that happens in here.”