‘Not the Category for Me,’ Matthew McConaughey says of his decision not to run for Governor of Texas. 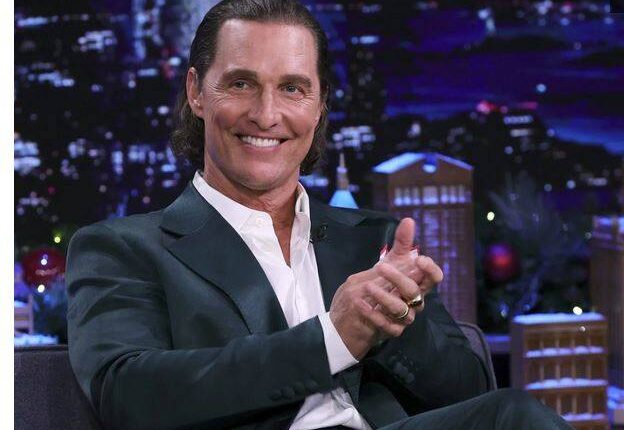 When Matthew McConaughey decided not to run for governor, he stated he was thinking of his family, including his wife Camila Alves and their three children.

Matthew McConaughey believes his decision to put his political ambitions on hold was influenced by his family duties.

During an appearance on The Tonight Show Starring Jimmy Fallon on Tuesday, the actor, 52, discussed his decision not to run for governor of Texas. McConaughey, who first hinted at a run in March, announced in November that he would not run for president.

When host Jimmy Fallon asked McConaughey to “walk us through” his decision not to become a candidate, the Sing 2 star replied, “Whew. Well, it was a two-year consideration that I came to the decision really over the last couple of months.”

He continued, “And I was asking myself the original question and trying to answer, ‘How and where and what can I do to be most useful?’ To myself, to my family and to the most amount of people. The … category of politics came up and it’s a privileged one that I gave great consideration to.”

McConaughey stated his family, particularly his three children with wife Camila Alves McConaughey, Levi, 13, Vida, 11, and Livingston, 8, had a big role in his final decision.

When Fallon, 47, asked if he is “still not ruling out future” political ambitions, McConaughey replied, “I’m not until I am,” adding, “Someone told me that was a very McConaughey answer the other day.”

McConaughey’s latest remarks follow his statement in September that he will someday enter politics “in some capacity,” but not necessarily in the usual sense.

“I’m measuring it,” he said on an episode of Midland’s podcast Set It Straight: Myths and Legends. “Look, it’s going to be in some capacity. I’m more of a folk-singing, philosopher, poet-statesman than I am per-se definitive politician, so I go, ‘Well that’s a reason not to,’ and then I go, ‘No, that’s exactly why you should, because politics needs redefinition.’ “

Speaking of his future candidacy for office, McConaughey remarked on The Carlos Watson Show in May that he is “not interested in going and putting a bunch of Band-Aids on that are going to get taken off as soon as I’m out.”

He explained, “I’m interested in building something that can last and I’m measuring what category that is, I don’t know if that’s politics.”