Over 10,000 John Deere employees go on strike as labor unrest intensifies in the United States 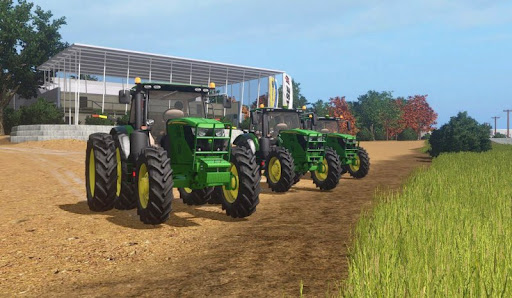 Over 10,000 employees at 14 separate John Deere facilities went on strike at 12 a.m. after the United Auto Workers union said it was unable to reach an agreement with the tractor maker on a new contract.

“Our members at John Deere are striking for the right to earn a living wage, retire with dignity, and create fair labor standards,” Chuck Browning, vice president and head of the United Auto Workers’ Agricultural Implement Department, said in a statement.

John Deere, which is well known for its trademark green and yellow farm equipment, stated that it was dedicated to a “favorable” conclusion for all parties – including workers.

“We are committed to reaching a deal with the UAW that benefits every employee economically and maintains their status as the top paid employees in the agriculture and construction industries,” Brad Morris, Deere & Company’s vice president of labor relations, said in a statement.

“We will continue to work day and night to understand our employees’ interests and to resolve this strike, while also maintaining operations for the benefit of everyone we serve,” he added.

The firm provided no estimate for when workers would return to work or provided information about how the strike would effect its operations.

Across the United States, labor protests are taking place.

The John Deere strike is the latest in a recent wave of labor activities that has become so massive that some have coined the term “Striketober.”

Around 1,400 employees at all of Kellogg’s cereal facilities walked off the job earlier this month following more than a year of negotiations with the business over a new collective bargaining agreement.

Additional attacks may be imminent. Around 60,000 film and television employees represented by the International Alliance of Theatrical Stage Employees decided to approve a strike against studios in order to better their schedules, wages, and working conditions. Nurses and other health care professionals at Kaiser Permanente in California and Oregon have also voted in favor of a possible strike.

“This is something that began a few years ago,” said Alex Colvin, head of Cornell University’s Industrial and Labor Relations School, alluding to a small uptick in labor activities. “However, this current round of strikes is far greater than what we’ve seen in prior decades.”

It’s impossible to calculate the number of strikes that occur each year, Colvin told NPR. The Bureau of Labor Statistics monitors only serious work stoppages involving at least 1,000 employees. Each year, around 16 significant work stoppages (including strikes and lockouts) begin, and nine have occurred through September of 2021, according to early government data.

Colvin’s school began tracking strikes around the country in May.

Nonetheless, he noted that employees and unions had recently gained more confidence. While some employees elected to leave their employment entirely during the COVID-19 epidemic, Colvin highlighted that others preferred to remain with their present employers and advocate for improved working conditions.

“Businesses are being forced to increase their recruitment efforts. They are giving signing bonuses and enhanced compensation packages to attract new employees “‘He stated. “On the other hand, to retain existing employees and keep them pleased, you must do more. As a result, we’re finally seeing some progress on the salary front.”