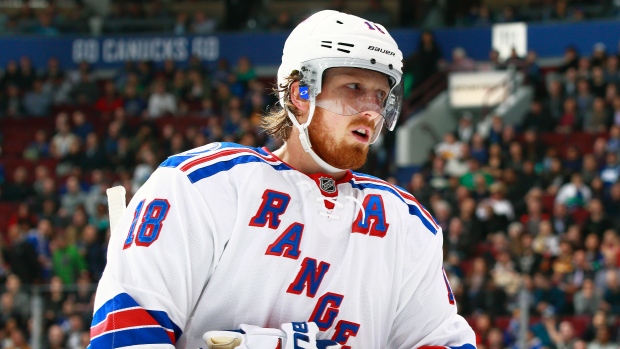 The Detroit Red Wings have revealed their alternative captains for the next season, and they are counting on a veteran defenseman to step up. Marc Staal has been named one of this year’s assistant captains, alongside Danny DeKeyser.

Staal has not spent much time with the Detroit Red Wings, but he has been in the NHL for 14 years. After 13 seasons with the New York Rangers, Staal was acquired by the Red Wings in a draft capital-generating sweetener deal before to the 2020 NHL Entry Draft.

The Red Wings chose to utilize him as a veteran to help secure a defense core that had suffered some injuries and necessitated his presence. Now, in 2021-22, Staal hopes to fill a similar position and serve as a leader for this club both on and off the ice.

With youngster Moritz Seider making the roster, it will be invaluable to learn from some of these veterans and observe how someone like Staal, a seasoned veteran, conducts himself in a leadership role.

Marc Staal, a defenceman with the Detroit Red Wings, will assume a leadership position in 2021-22.

When you think of Marc Staal with the Detroit Red Wings, you don’t immediately think of his offensive contributions, but his job will need a great deal of intangibles. Staal appeared in all 56 Red Wings games last season, scoring three goals and adding seven assists for a total of 10 points.

He is not going to score a lot of goals; he is not going to have an offensive renaissance at this time; he is a defensive defenseman who can execute the job effectively. Additionally, he may serve as a mentor and role model for some of the organization’s younger players.

While re-signing Staal is not a game-changing move, the decision to do so this summer was a solid one. On the morning of the 2021-22 season, looking forward, it appears reasonable to anticipate that Staal will contribute to the Red Wings defense core even if he does not contribute much on the stat sheet.

While I am not shocked that Staal was considered for and ultimately awarded the assistant captain position, it was rather surprising to see someone like Nick Leddy ignored. He was, however, a fresh addition, and the Red Wings may have preferred to keep returning players.

This season will not be a Stanley Cup contender, but the Red Wings should be able to begin focusing on future growth, which someone like Staal will nurture on and off the court.