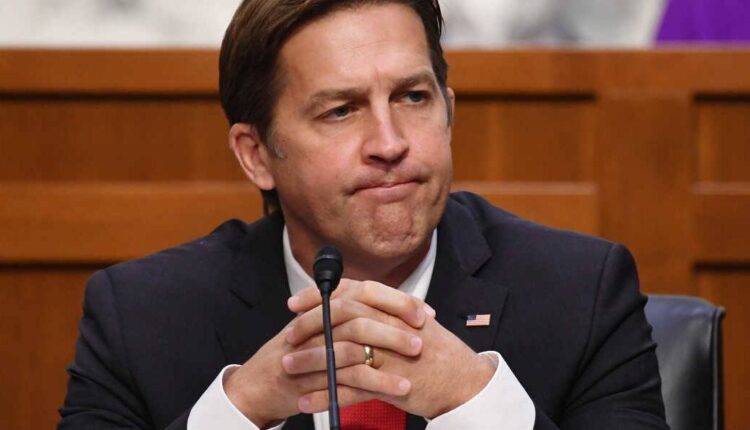 Sen. Ben Sasse, R-Neb., an outspoken critic of former President Donald Trump, officially resigned from the Senate on Sunday as he prepares to step back into academia as president of the University of Florida.

Sasse, who led Midland University, a small private college in his home state, before he ran for the Senate, submitted his resignation last month saying he would leave office Jan. 8 — two years into his second term.

In farewell remarks last week, Sasse criticized the body that he had been a member of since 2015, saying, “This institution doesn’t work very well right now.”

“Each of us knows we should be taking a look in the mirror and acknowledging that lives lived in a politicized echo chamber are unworthy of a place that calls itself a deliberative body, let alone the world’s greatest deliberative body,” he said.

“When we’re being honest with each other, which usually means when on one of the very rare occasions where cameras aren’t present, we all know that a big chunk of the performative yelling that happens here and in every hearing room is just about being booked for even more performative yelling at night on TV,” he said.

Sasse’s departure opens up the seat to an appointment by Nebraska Gov. Jim Pillen, a Republican. The previous governor, Republican Pete Ricketts, has said he would seek the appointment.

As a senator, Sasse was a conservative China hawk who backed repealing the Affordable Care Act and voiced opposition to same-sex marriage, having abstained from voting on landmark legislation codifying gay marriage rights in November. He served in President George W. Bush’s administration as an assistant secretary of health and human services and was first elected to the Senate in 2014.

NBC News reported last year that he was expected to take a job leading the University of Florida. The university’s Board of Trustees approved Sasse as the school’s next president despite vocal opposition from some faculty and students.

Sasse frequently aired grievances with Trump, as well as his supporters in the Republican Party. When Trump ran for re-election in 2020, Sasse rebuked him, saying he “kisses dictators’ butts,” “flirted with white supremacists,” disparages women, “mocks evangelicals behind closed doors” and “treats the presidency like a business opportunity.”

Sasse was among seven Republicans who voted to impeach Trump a second time after the Jan. 6 Capitol attack. He blamed Trump for intimidating election officials and repeatedly boosting baseless claims of widespread election fraud in the 2020 election.

“Those lies had consequences, endangering the life of the vice president and bringing us dangerously close to a bloody constitutional crisis,” Sasse said at the time. “Each of these actions are violations of a president’s oath of office.”

This article was originally published on NBCNews.com