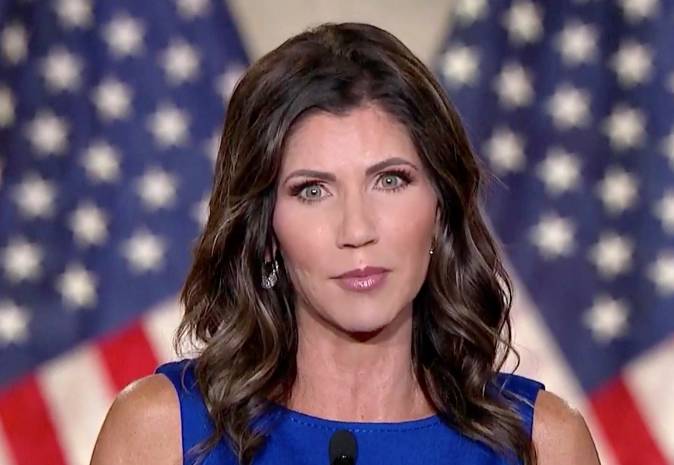 As South Dakota Gov. Kristi Noem tries to position herself for higher office, controversies like this one won’t do her any favors. The Associated Press reported late yesterday:

Just days after a South Dakota agency moved to deny her daughter’s application to become a certified real estate appraiser, Gov. Kristi Noem summoned to her office the state employee who ran the agency, the woman’s direct supervisor and the state labor secretary. Noem’s daughter attended too.

There’s a handy description for stories like these: They’re called allegations of abuse of power.

The governor taking an interest in her daughter’s real estate career is one thing; it’s something else when the governor organizes an in-person meeting with the state official who certifies real estate appraisal applications, her supervisor, the South Dakota labor secretary, and her daughter.

Making matters just a bit more complicated, according the AP’s report, Noem’s daughter ended up getting the certification she sought, at which point the state labor secretary demanded the retirement of the relevant agency head.

I’m mindful of the fact that these kinds of stories are probably not uncommon. It’s easy to imagine a powerful official’s relative facing some kind of bureaucratic hurdle, causing the relative to ask for a behind-the-scenes favor. At that point, the powerful official asks an aide to lend a hand, a few people call a few other people, and soon after the relative’s problem is resolved.

But if the reporting is correct, Noem took this dynamic to a different and more hands-on level. The AP’s report added:

While Peters was applying for the certification, Noem should have recused herself from discussions on the agency, especially any that would apply to her daughter’s application, said Richard Painter, a professor at the University of Minnesota Law School who was the chief ethics lawyer for former President George W. Bush. “It’s clearly a conflict of interest and an abuse of power for the benefit of a family member,” he said.

Naturally, I was eager to see how Noem would respond, since it’s possible there was a benign explanation for all of this. The governor’s spokesperson got the ball rolling by accusing the Associated Press of “disparaging the governor’s daughter in order to attack the governor politically.”

That’s quite odd. The AP’s report pointed to evidence of the governor misusing the powers of her office; it did not “disparage” the governor’s daughter.

And yet, Noem published a tweet yesterday afternoon pushing the same line: “Listen I get it. I signed up for this job. But now the media is trying to destroy my children.”

This could’ve been very simple. If the Republican governor didn’t pressure state officials, Noem could’ve simply said so. But instead of denying the core allegations, she’s pretending that the claims have somehow been directed at her adult daughter.

If the story isn’t true, Noem should have every opportunity to discredit it. Her eagerness to pretend the allegations have been directed at someone else, rather than at the governor herself, reinforces concerns that the South Dakotan did exactly what she was accused of doing.