Storm of the Subtropics Wanda continues southward, as the hurricane center monitors two more systems with a chance of development. 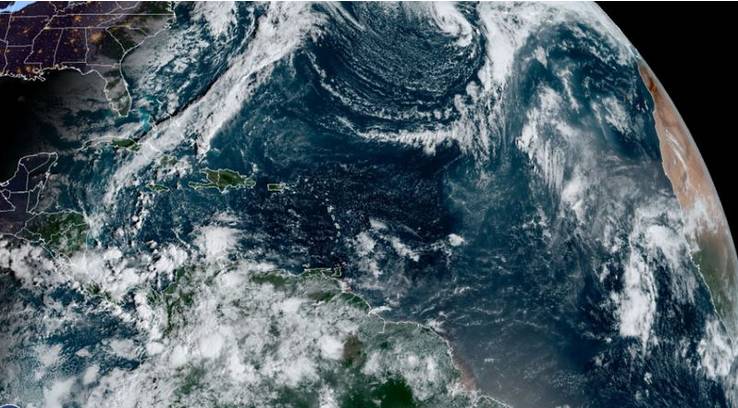 According to the National Hurricane Center, Subtropical Storm Wanda continued her trip away from America on Monday morning while another tropical system formed in the southeast Atlantic.

Wanda developed late Saturday as the season’s twenty-first named storm, exhausting all of the letters in the World Meteorological Organization’s alphabet for the Atlantic hurricane season. Only two other hurricane seasons have had more than 21 named storms: 2005 and 2020.

Wanda was positioned around 935 miles west of the Azores, the National Hurricane Center said at 11 a.m., with maximum sustained winds of 45 mph moving east-southeast at 8 mph.

“By tomorrow, a shift to the northeast is anticipated, followed by a move to the north on Tuesday or Tuesday night,” forecasts added.

It poses no danger to land.

105 miles beyond the system’s core, tropical storm-force winds spread. Models indicate that the storm has the potential to strengthen, with some forecasters predicting that it may change to a tropical system by Tuesday.

The hurricane center is also monitoring two additional systems in the Atlantic, both of which have a low probability of developing.

The first is a large region of low pressure in the eastern tropical Atlantic that has a 10% probability of developing during the next two days.

Located a few hundred miles southwest of the Cabo Verde Islands, the system continues to produce disorganized showers and thunderstorms over a large area, with the potential for additional development as it moves west-northwestward at 10-15 mph over the next two days before encountering a region of strong upper-level winds.

The second is a low pressure system discovered Monday afternoon by the National Hurricane Center (NHC) over the southwestern Caribbean, north of western Panama. Models indicate that the system will move westward Tuesday across Central America. While the system is not a tropical cyclone, it has the potential to cause life-threatening mudslides in southern Nicaragua, Costa Rica, and Panama.

Following that, the system is predicted to travel across the eastern Pacific on Wednesday.

If either system strengthens into a tropical storm, it will enter a new alphabet, with the first name Adria.

If that occurs, it will be the third time in the last decade that meteorologists have been forced to use a secondary naming system, first in 2005 and then in 2020 during that year’s record-setting run of 30 named storms.

Hurricanes and tropical storms that formed later in the season in both prior years were given Greek alphabet names such as Alpha, Beta, and Gamma. Meteorologists used a non-Greek alphabet in order to minimize misunderstanding between names such as Eta and Theta.