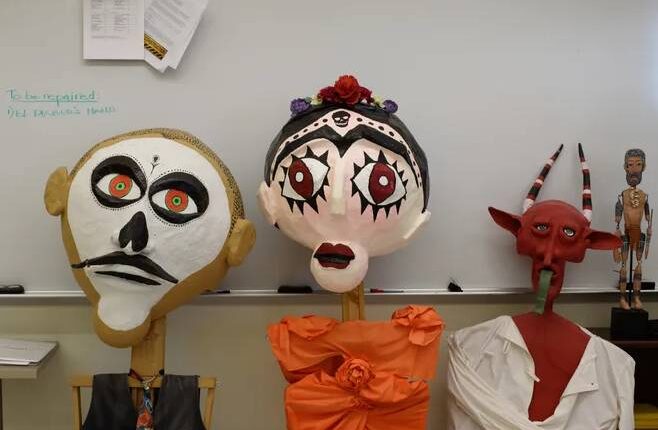 The 10th annual Da de Muertos Festival in downtown Denison will allow area residents and visitors to pay tribute to departed friends and family this weekend. The goal of the event is to raise awareness about the Latin American festival that commemorates the memory and lives of people who have passed away.

Barb Stewart, president of the Denison Arts Council, remarked, “We especially want authentic vendors and those with Hispanic heritage.” “It’s not about Halloween; it’s about remembering those who have passed away.”

The festival’s inspiration, also known as Day of the Dead, began in Mexico and coincides with All Saints Day, a religious event. Through celebrations and various regional traditions, the festival tries to remember the memory of those who have passed away. The building of house altars known as ofrendas, which include favorite meals, photos, and other keep sakes from the departed it wishes to honor, is a frequent element of the festival.

Denison’s festival began about a decade ago, when Steve Black, a former Grayson College professor, became interested in the large-scale puppets depicting the deceased and lost family members that are a common element of the event. Black went on to found the Skiddy Street Puppet Company, which is collaborating on the event.

Black addressed the city council ten years ago with the idea of organizing a festival to honor the event and the arts and culture that surrounds it.

Stewart has a personal connection to the event since it reminds her of her mother, who died when she was a child. Despite the fact that she had lost a close relative, Stewart stated her mother was hardly discussed in her family.

“To be honest, you didn’t talk about a lot of stuff in the 1950s, and we never talked about her,” she said. “Even though my aunt and uncle adopted me, her death was never discussed.”

“I adore the idea of honouring the dead, keeping their memory alive, and passing it on to the next generation,” she says.

Denison’s Da de Muertos festival was one of a few large-scale events that continued last year, albeit with fewer events, during the COVID-19 pandemic. Many of the functions that were trimmed back last year have now been restored to their full capacity. The festival has been held every year since then. While the festival only had nine vendors in 2020, Stewart estimates that there will be closer to 30 this year.

The introduction of family kits for the first 200 guests to the family section will be a feature that will be carried over to the 2020 festival. This will feature activities and arts that may be completed from the convenience of one’s own home.

At Ivanhoe Ale Works, the festival will also feature a screening of Pixar’s Coco.