The Pokémon Scarlet and Violet trailer features all of the new Pokémon. 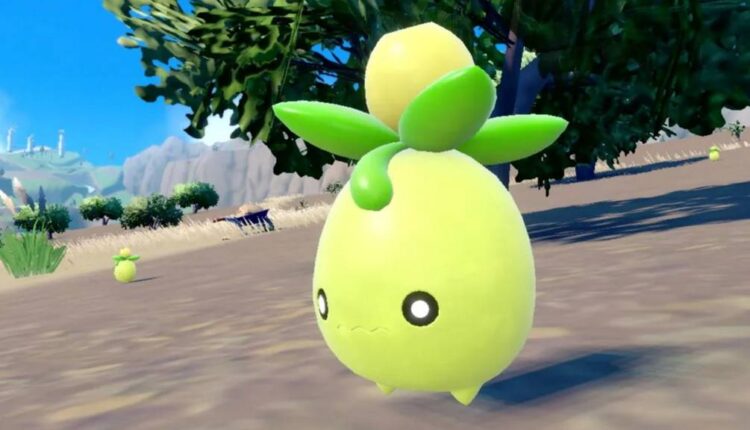 On Wednesday, The Pokémon Company published a new video as well as additional details regarding the next set of mainline Pokémon games, which are called Pokémon Scarlet and Pokémon Violet. In addition to introducing the two new legendaries that will be appearing in the region, the firm demonstrated new information and unveiled artwork for a number of Pokémon from the next generation.

The names Koraidon and Miraidon have been given to the two new legendary Pokémon. They have designs that resemble serpents, with Koraidon predominantly using a red color scheme and Miraidon utilizing a purple color scheme.

The trailer also showed some non-legendary monsters you can expect to find in the new region: Pawmi, Lechonk, and Smoliv. Here are the full details of all the other new Pokémon provided by The Pokémon Company:

Pawmi not only has electric sacs located in its cheeks, but it also has electricity-discharging organs located on each of its forepaws. It does this by rubbing its cheeks together, and then it shocks its opponents by making contact with them using the pads on its forepaws. The insulation provided by the fur that covers its body is effective against the cold, and it also serves the function of acting as a battery. This cautious Pokémon will begin rubbing its cheeks in preparation to deliver an electric shock whenever it begins to feel anxious.

The Lechonk relies on its keen sense of smell to locate and consume only the wild grasses and berries that have the most enticing aromas. Because of the way it chooses to consume its food, it exudes an odor that is reminiscent of herbs, which Pokémon with the Bug type find offensive. It will dash forward in a panic if it is attacked by an adversary and frightened in the process. It could look like the Pokémon is overweight at first appearance, but in truth, the majority of its body is made up of muscle because it is always moving about in quest of food.

The oil that leaks out of its head has an extremely robust flavor of bitterness, and it should not be consumed because of this quality. This oil will be shot out by Smoliv whenever it is startled or assaulted, and it will cause its opponent to move more slowly. It will then grasp the opportunity and flee at that point. Smoliv stores oil created from the nutrients it receives from photosynthesis in the fruit on its head, which is located on its head. As a direct consequence of this, it is able to go a whole week without eating or drinking. It appears to spend its days basking in the sun, and it is most comfortable in arid and sunny areas.