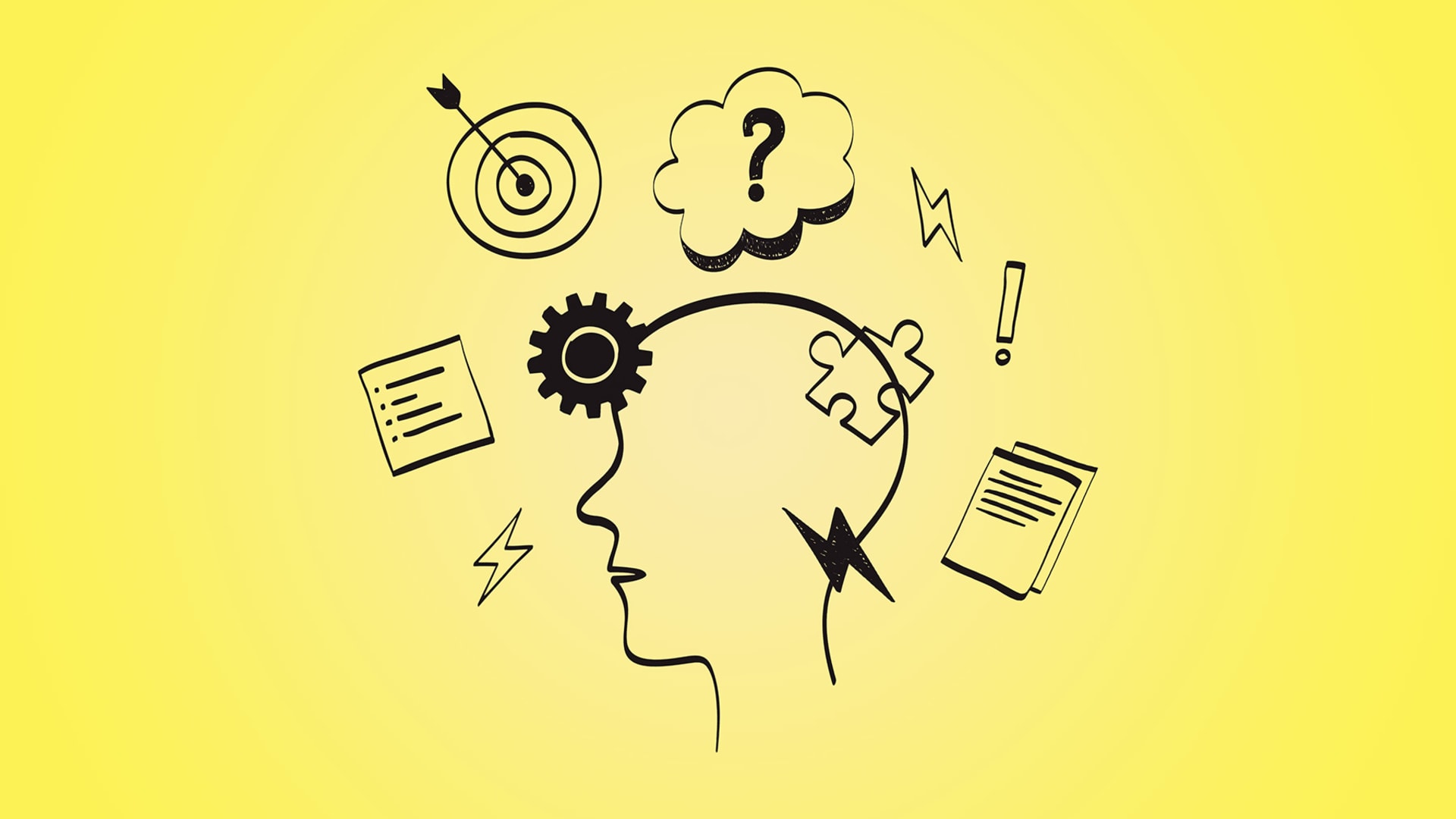 Today we’re going to learn about 16 laws of psychological power to make you successful in life. To be successful in your life journey, there are certain key advice and tips you need to be able to hit the nail right in the head. Now let’s begin.

Good work goes unrecognized, if you want to gain power, a good work ethic is not enough, putting in long hours can easily be overlooked. The people who find power and success, are the people who work hard and get recognized. If you don’t stand out, you’ll blend into the background. your work will be overshadowed and forgotten, no matter how excellent you are. so, take every opportunity to lead and prove yourself. if you stand out, you can achieve your goals ahead of the rest.

Imagine you are buying a new car. at the dealership, the car salesman shows you a model that you absolutely love, and you tell the salesman how eager you are to own this car. the salesman gets to know your intentions so he raises the price. Why? because you gave him the power in the conversation. That’s why it’s so important to hide your intentions. All right, let’s go back to our example. you love the car, but this time you act like you just don’t care. Now, you have the power, the salesman has to convince you to buy from him. Most of the time salesmen will drive down the price just to win you over. So, if you want to gain psychological power, hide your intentions. hold the power in every exchange, make the final decision, because you want to stay in control. Give someone just enough details to stay interested, but keep your true intentions to yourself.

You can argue as long and as hard as you want, you can take home the moral victory, but winning an argument achieves almost nothing. To gain psychological power, don’t waste your time arguing, if someone wants to argue, let them, if they get defensive, let them nurse their own ego. But you know that actions speak louder than words. Your behavior will win over more people than a good argument ever will.

The more you speak, the less valuable your speech becomes, this is one of the most important laws of psychological power. If you speak only when necessary, you increase the power of your words, people will learn to listen to you, they’ll learn to take you seriously. And you will earn their undying respect. So, if you speak less, you also stop yourself from making clumsy mistakes. Many people run their mouths and then backed themselves into a corner. they leak details or make promises they can’t actually keep. So, if you are mindful of what you say you avoid these pointless mistakes. you ensure that every word is intentional and purposeful, and that gives you psychological power.

Your path will be littered with obstacles failures and setbacks. Your love will run out, people will tell you to quit, and your own brain will stand in your own way, but the people who give up, deprive themselves of psychological power. So, if you want to improve, cultivate confidence in your life. Let your small successes empower yourself worth. Let each victory give you the courage to overcome your next obstacle. Psychological power isn’t just your relationship with others. It’s also how you treat and motivate yourself.

Friends are dangerous on your path towards success. we turn a blind eye to our friends, we overlook their mistakes and put too much trust in their decisions. Just when you think you trust someone, they stab you in the back and your career begins to suffer. Instead of getting blindsided by people you trust, earn the loyalty of people that you don’t. you may not like your enemies but hiring someone you don’t trust gives you a clear-headed objectivity. Your enemies will also show you more loyalty, because they have something to prove. Friends are an important part of your life, but friends can steal your power in a heartbeat.

If you need a favor, don’t expect people to be selfless. people are more likely to help when they have something to gain. If they don’t get as much as they give then you’re out of luck. Anytime you ask for a favor. Don’t waste your time with kindness or gratitude. appeal to their self-interest, explain how they will be rewarded, convince them that helping you will solve their problem. Make sure they know exactly how they’re going to benefit in the future. If someone thinks they’re helping themselves, they’re much more likely to do you a favor.

Avoid unnecessary promises. commitments get people in trouble, they lock you into one side, they trap you in a box. If your team goes down, you’ll go down with them. That’s why powerful people avoid commitments. they stay open to multiple sides angles and perspectives, they keep one foot in every camp, so they can make the most out of every situation. Powerful People always stay on top because they’re only committed to one person themselves.

Everyone wants to feel intelligence, if you want to win people over, make sure they feel smart. Sometimes that means you have to play dumb, but you already know you’re intelligent. the fact that you can play dumb means that you have nothing to prove. To put it simply, most people don’t care how intelligent you are, all they care about is their own brain power, so play into their hands, make them feel smart, give them confidence in their own ideas. You will only make enemies by proving your intelligence.

If you want to climb the ladder, you have to respect the ladder. Don’t try to outshine the people above you, these people will be stepping stones on your road to success. You need their help, so don’t turn your superiors against you. support your boss, be their right-hand man, not their rival, when the next great opportunity comes your superiors will recognize and recommend their allies, not their enemies. Now sometimes this means making your bosses feel smarter than they are. Sometimes this means giving them too much credit for something you really did, but if you want to be successful. Never forget to support your superiors.

To find psychological power don’t just identify your strengths, develop them. Many people can do many things at an average level, but they’re so busy jumping from skill to skill that they rarely specialize in anything.

Specialties are one of the keys to success. if you concentrate on one strength, you can build a talent unlike anyone else’s. And in the same way if you want to build psychological power don’t spread yourself too thin. concentrate on one direction, one project or one purpose, invest yourself wholly in that one direction, it’s a bigger risk, but with enough dedication, your reward will be exponentially greater.

What do you say after finishing a huge project? do you tell people how hard you work or do you say it was no problem? to gain psychological power, play down your achievements. Make each accomplishment seem easy and natural because people will believe you. Even if you invested countless hours into your work. Show the world someone who’s confident and collected. You should never forget how hard you work, but the world doesn’t need to know.

Are you succeeding a legend? Do you have gigantic shoes to fill? This is a big problem. on the surface filling a large void seems like a fantastic opportunity. However, if your predecessor did amazing things, you have your work cut out for you.

To get the same level of recognition, you have to surpass the person who came before you. Depending on the job, that may be almost impossible. So don’t fill the shoes of a legend, instead be the person who brings your team back from the brink. fill the void of someone who failed and your success will shine twice as brightly.

Do you lose your temper easily? Anger is a destructive emotion on your road towards success. anger makes you impulsive, narrow minded and selfish. If someone makes you angry, then know they’ve gotten the best of you. They know they’ve hit a nerve so they’ll keep pushing. Instead of getting angry road distance. ambivalence is a far greater punishment than anger.

When you ignore someone, you steal their power, you force them to get your attention, you make them do the work. strong emotions will hurt your decision making and help others take advantage of you. so, keep your frustrations to yourself, stay calm and stay objective, whenever possible.

Time is a common source of psychological power. the most powerful people are masters of timing and time management. Not only do they pack incredible amounts of work into their daily schedules, they never let their busy days get the best of them, at least not on the outside. they always seem cool calm and collected. They’re never rushing or sweating. they’re always patient with their work and their goals. Because rushing is a recipe for disaster. It creates anxiety and it hurts your reputation. Instead of letting time control you stay in control of your time, your psychological power depends on it.

They say the best things in life are free, but if you want psychological power, you’ll need to spend money when it comes. Some things are worth paying for, even if it’s just a name or a title. the effect of that name or title is worth all the money in the world. It’s okay to be cheap and cost effective in your personal life. However, if you want to climb the ladder, you cannot cut corners.