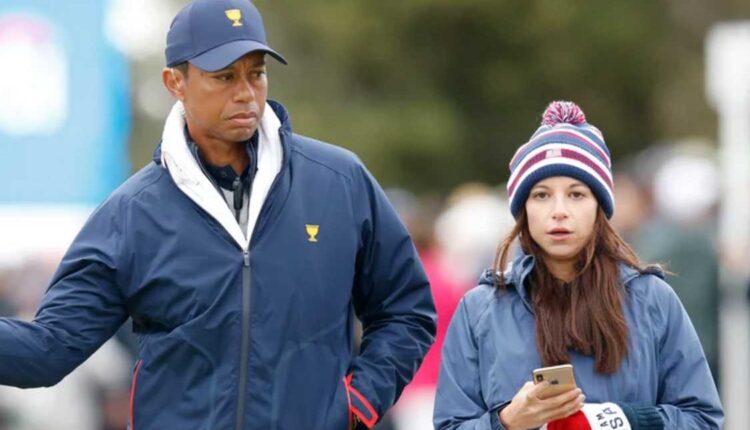 Former restaurant manager Erica Herman is best known as Tiger Woods’ current girlfriend, with whom she has been dating since 2017. She has experience working at Florida’s Wood’s Jupiter restaurant as well as the Aura Bar & Restaurant. Herman, the golfer’s devoted and loving fiancée, frequently goes with him to different competitions. Numerous media outlets have referred to her as a “gold-digger,” yet many of the golfer’s followers still think of her as a loving and devoted spouse. Herman frequently appears to be interacting well with Wood’s kids and is seen having fun with them in public. In terms of personality, she strikes me as a sophisticated, kind-hearted woman. She works to maintain her composure and grace in her contacts with the media despite the unfavorable attention she has been subjected to ever since her connection with Woods was made public.

Tiger’s relationship with Erica dates back to 2017

In 2017, the world learned of Tiger Woods’ relationship with Erica Herman. As reported by Golf, photographers captured Herman wearing a “player spouse” credential during the Presidents Cup in September of that year. This credential is generally worn by the girlfriend or husband of the players and captains. Getty photographed Herman and Woods embracing on the golf course, suggesting that they may be dating. In October, they were sighted together again, this time wearing similar Los Angeles Dodgers jerseys at Dodger Stadium for the World Series (according to People), feeding speculations of their relationship.

However, it is unclear exactly when they first met. The Palm Beach Post reports that the two knew each other prior to 2017. Herman began working at Woods’ restaurant, The Woods Jupiter, in 2015, when it first debuted. According to a source, the golfer frequented the eatery and appeared to have a “strictly professional” relationship with Herman. Page Six reports that the two met at Blue Martini in Orlando, where Herman worked as a bartender while she attended the University of Central Florida as an undergraduate. In the view of the general public, they did not become a couple until 2017.

Tiger’s children, Charlie, born in February 2009, and Sam, born in June 2007, approve of the relationship, according to People, and Tiger’s live-in girlfriend also gets the seal of approval from the golfer’s ex-wife, Elin Nordegren.

“Elin has a friendly relationship with Erica,” a source told the outlet in January 2019. “Tiger has come a long way and Elin acknowledges that. She is happy that he is dating Erica.”

Tiger and Elin’s six-year-long marriage ended in divorce in 2010.

When Tiger got engaged in a car accident in February 2021, the two had to endure another terrible situation. The “jaws of life” were employed to free the golfer after the 15-time major champion’s SUV overturned. There were “major” injuries as a result of the accident.

A source reportedly told Us Weekly in March 2021 that “Erica dropped everything to be with Tiger the moment she learned what occurred.” She has been by his bedside, holding his hand and reassuring him that everything would be fine. He is a champion and is capable of handling this.

The insider continued by saying that for Tiger, her support “meant the world.”

When Erica Herman first started her profession, she was a manager at a Florida restaurant. She advanced fast through the ranks and eventually received a promotion to general manager. She was in charge of managing the personnel, assuring customer satisfaction, and monitoring the day-to-day operations of the restaurant in this capacity.

After working in the restaurant business for a while, Tiger Woods approached Erica about managing his new Jupiter, Florida restaurant. She took up the opportunity, and has been in charge of the eatery since since. The Tiger Woods Restaurant has flourished and risen to the top of the local restaurant scene under her direction.

Erica has worked in a number of other businesses in addition to her position at the Tiger Woods Restaurant. She has experience in both real estate development and consulting for other eateries. She serves on the boards of numerous nonprofits and charities.

Erica has received praise for her commercial savvy and commitment to the hospitality sector throughout her career. She is regarded as a top authority in the profession and has received numerous honors, including the Restaurateur of the Year award.

A rough estimation of Erica Herman’s net worth is $3 million. She generates a sizable income from a variety of jobs, including her position as a businessman.

Erica Herman, Tiger Woods’ girlfriend, is roughly 5 feet, 6 inches tall, or 1.68 meters, or 168 centimeters. She is reported to weigh roughly 59 kg, which is equivalent to 230 lbs. There is presently no information available regarding her real body measurements or other pertinent physical characteristics.

Are Tiger Woods and Erica Herman still together?

They are still together, and it seems like their relationship is strong. Now, the couple lives in Woods’ mansion on Florida’s Jupiter Island.