Ultimate Guide to Getting Married to Alex in Stardew Valley 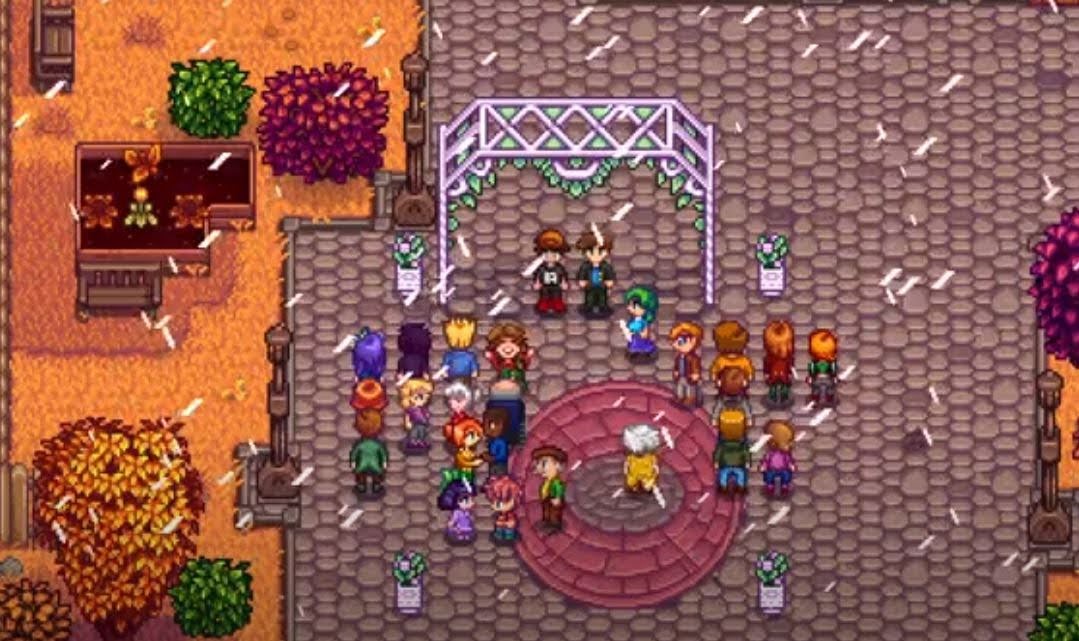 Alex’s birthday falls on July 13th. During the summer, he lives on the eastern side of Pelican town at one River Road with his grandparents George and Evelyn, who work at the ice cream business just west of the museum.

Alex’s gifts are a little difficult to figure out. He adores the rabbit’s foot, magic rock candy, prismatic shard, Pearl, and golden pumpkin, among other universal favorites. Previous presents that count in adored are a little more difficult to come up with than they have been for other marriage aims. He only has two genuine loves: the complete breakfast and the salmon dinner. The salmon dish is simple to prepare. Gus will send you the recipe in the mail once you’ve earned three hearts with him. It has salmon, amaranth, and kale in it. Salmon is a fish that is caught in the fall. Kale is a spring crop, while amaranth is a fall crop.

The complete breakfast is where things start to get a little out of hand. On the 21st of spring in year two, watch the queen of sauce to get the recipe for the complete breakfast. You can also catch a re-run of this episode if you missed it the first time around. It’s made using one milk, one fried egg, hash browns, and pancakes, making it a time-consuming dish. Fried egg is a basic recipe that everyone learns when they update their home, and it just takes one egg to prepare.

Hash browns are prepared using one potato, a spring crop, and oil purchased from either pier or Jojo mart, and are learnt by observing the queen of sauce on the 14th of spring in year two.

Pancakes are made with wheat flour and one egg, and are learnt by observing the queen of sauce on the 14th of summer in year one. Any of the foods listed here can be found at random in the stardrop saloon’s rotating stock or at the crevices shop on Saturdays, so keep an eye out for them. To unlock the kitchen and prepare any of these dishes, you’ll need to upgrade your house at least once. Also, something I’ve been forgetting to highlight is that cooking in your own kitchen is no longer the sole option. The most recent 1.5 update added a cookout kit that can be used to prepare meals outside of the house. At foraging level nine, you can get the recipe for making a cookout kit, and you’ll also get one as a reward for finishing the wild medicine bundle in the community center, which is a remixed bundle.

Except for the void egg and the dinosaur egg, all of the eggs are considered light gifts for Alex. You can always give him eggs if you’re having difficulties preparing or obtaining one of His love presents. All flowers except poppy gems, vegetables, fruit tree fruits except banana and mango, and maple syrup are a few more of the more easily obtained liked gifts. And any of those like-to gifts will be far easier to come by than either of his favorite dishes. Always keep a watch on the inventory of the traveling carts, since many of these products can be found there.

George and Evelyn, Alex’s grandparents, reside with him. He is pals with Haley, if none of them is dancing with the player at the Flower Dance, he will dance with her. He has a dog named Dusty as well. In a cut scene, you can learn Dusty’s name from Pam or Alex.

He used to live with his mother, Clara, with whom he had a close bond. He has a strong dislike for his father, who was an alcoholic who was verbally abusive to him. Alex moved in with George and Evelyn after his mother died twelve years before the player arrived in Pelican Town.

Once married, Alex will move into the farmhouse. Like other marriage candidates, he will add his own room to the right of the bedroom. He’ll also setup a workout space behind the farmhouse where he’ll sometimes go to lift weights.

On rainy nights, Alex may offer you dinner: Survival Burger, Dish O’ The Sea, Fried Eel, Crispy Bass, or Baked Fish. On days when he stays inside the farmhouse all day, he may make you breakfast: Omelet, Hashbrowns, or Pancakes.