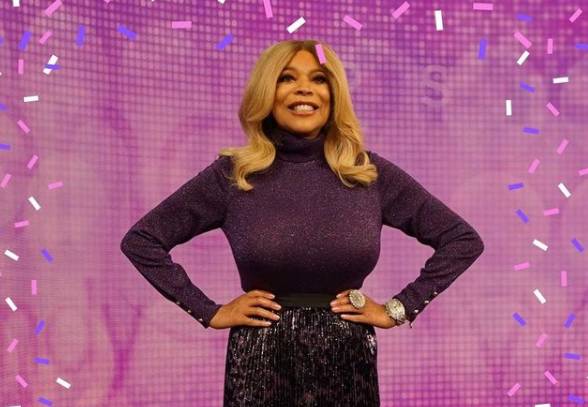 Wendy Williams, 57, is “suffering significant problems as a direct result of Graves’ illness and her thyroid condition,” according to a statement posted Tuesday on the show’s Instagram page. “It has been determined that further time would be required before she can resume her live hosting duties.” Rather than that, when the show resumes on October 18, it will include a series of guest hosts and panels.

Although the post notes that the talk-show host is “making progress,” this is the third time Williams has delayed her return to TV since September 9, when she canceled all public appearances. Season 13 of The Wendy Williams Show was originally slated for a September 20 premiere; it was pushed to October 4, then to October 18. Now, it will return without its namesake host—for now.

“Wendy continues to be under medical supervision and meets with her medical team on a daily basis,” the announcement continues. “We want her health to be her top priority. As soon as she’s ready, she will be back in her treasured purple chair.”

Williams announced she had been diagnosed with Graves’ disease, an autoimmune disorder that causes an overactive thyroid, three years ago. She has previously taken extended breaks from her show in 2018, 2019, and 2020. The host also contracted a breakthrough COVID-19 infection in September (despite being vaccinated), although a previous announcement assured fans she has since fully recovered from the virus.

Graves’ disease causes hyperthyroidism, or an excess of thyroid hormone, leading to symptoms like chronic fatigue, trembling hands, and sleeping difficulties, per the National Institutes of Health. There is no cure, but treatment can help patients manage symptoms and avoid more serious health complications. Williams also has lymphedema, or the swelling caused by a buildup of lymph fluid, that presents as swollen legs and ankles.

“I had a storm going in my body is the best way I can explain it,” Williams told People in 2018. “I love doing the show, but I love me more. So I’m going to take care of me, so I can be there for them.”

Though we know Williams’ health concerns are chronic (as with the case of Graves’ Disease), we hope she feels better stat, and can’t wait to see her return to her purple chair.