What Are The Most Common Allergens? 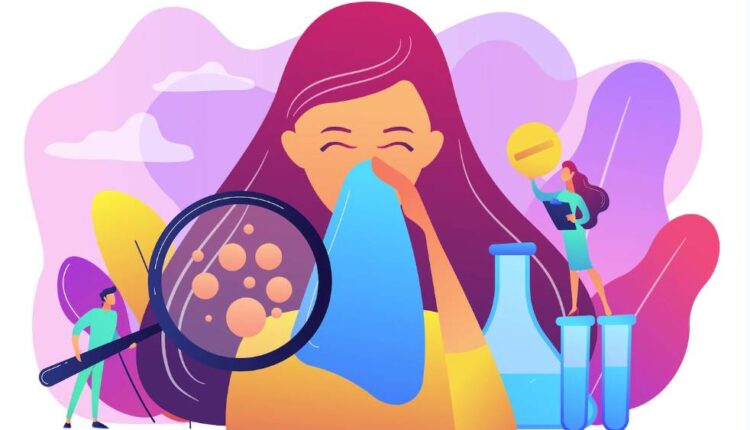 For millennia, mother nature has presented countless threats to the human race, but most of these threats have been mastered in some way.  From domesticated animals and agriculture to advancements in medical science like glasses and medication, we humans have most hurdles figured out.

Still, conscientious parents offer two bowls of candy during Halloween: peanut-free and regular.  Not all families can support a pet when they’re choking to death and their eyes are watering.  Whether they’re deadly or simply inconvenient, allergies are some of nature’s most stubborn obstacles hindering the day-to-day lives of millions.  Peanuts and pollen are definitely common perpetrators, but the scope of allergens is much more massive than this potent duo:  Molds, bugs, and latex can all do just as much damage.

Given the gargantuan scope of items to which people are allergic, over 50 million Americans are allergic to something, placing allergies among the most common chronic illnesses in the United States.  That many allergens aren’t intrinsically harmful begs the question, “Why are we allergic?” If we love our furry friends and if peanuts are indeed as nutritious as they are delicious, then why do those things launch our immune systems into attack mode?

What Are Allergies, Anyway?

Let’s start here.  Immune systems are ornate security systems, not only keeping evildoers out, but destroying any who’ve passed the most peripheral defenses.  What makes an allergen different from a universally harmful pathogen is exactly that, while the body tags allergens as pathogens, allergens aren’t actually harmful.  Your body would prefer to be too cautious.  In agreement with evolution, overactive immune systems are better for us than underactive ones, so here we are, a species whose bodies fight uselessly against inoffensive substances.

The primary process of noting allergens as genuinely harmful is known as “sensitization.” Through ingestion or inhalation, an irritant enters the body.  Cells in the body commit to memory the properties of the irritant, which triggers the production of antibodies who are capable of discovering and halting subsequent cases of that irritant’s intrusion.  Should the irritant ever return, the immune response will be triggered, watering unwary eyeballs and constricting the odd throat.  A baby may swallow a single peanut in isolation, and for the rest of its life, its face will swell whenever it has another peanut.  Generally, other symptoms of allergies include headaches, stuffy noses, or fatigue.

Evolution Did This to Us?

Sort of.  Allergies may have also risen among us humans because of modern day-to-day environments.  Today’s living spaces are cleaner than they’ve ever been, offering less and less exposure to pollen, dust, and pests.  Researchers propose that this cleanliness has made us too sensitive to the outside world.  When a child’s body develops tolerance against many different germs, its body is also more able to differentiate between what’s meaningless and what’s bad.  In general, children need to play outside so that they become used to different possible triggers. Toddlers pick their noses and eat off the floor – as they should!

Parents can also moderate this exposure in a craftier way. Introducing common ingestible allergens to children (babies or adolescents) in comically minute quantities strengthens those children against future allergic reactions.  These common allergens are foods like wheat, eggs, and fish.

First, try taking antihistamines, medications that block the effects of histamine.  Histamine is a bodywide substance that brings about common allergy symptoms.  Those with allergies may take antihistamines orally, though there are also eye drops and nasal sprays, as well.  If for some reason, you don’t have access to antihistamines, there are more primitive solutions at home.

For example, a cold and damp towel can help with watery or swollen eyes.  Simply place a towel over your eyes for a few minutes.  If you’re having problems with dust or pet dander, a deep clean of your living space might go a long way and demonstrate a long-term effect.  The effects of pet dander can be further addressed by owning hypoallergenic breeds and regularly brushing your pets outside, keeping that dander out of your living room.  Finally, honey is a natural antihistamine whose properties may lessen the general effects of allergies.  Take honey either by itself or with tea.
Having allergies is a terrible nuisance, so what’s important is to consider your arsenal, from medication to an at home allergy test.  Ultimately, if researchers are to uncover the unequivocal origin of allergies, then they have a lot more work to do, but many possible explanations lead to many possible remedies to make life with allergies much more bearable.  With their primary roots in evolution, allergies are potent foes that continue to plague us in the modern day, but there are many ways to fight back or make a difference for our loved ones who have allergies.