What are the most common problems and disorders of the menstruation? Here is an overview of the TOP 3 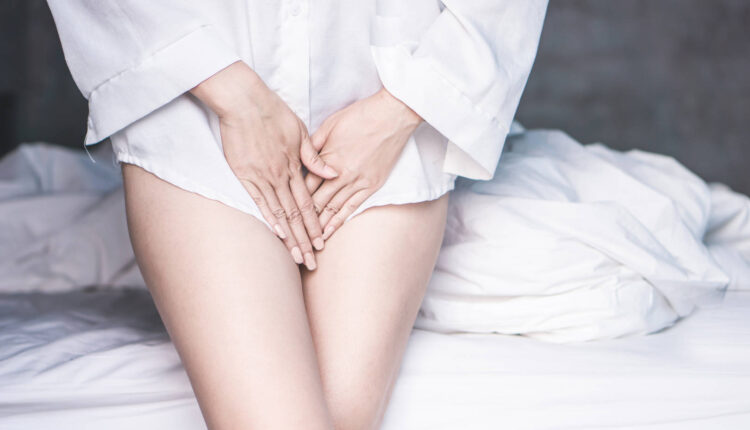 Every healthy woman experiences vaginal bleeding during the reproductive period, i.e. between puberty and menopause, called menstruation. When women menstruate, the so-called fertile period comes. During the period of menstruation, however, some of its problems or malfunctions may occur, and we will look at the most common ones right now.

Irregular menstruation can occur at a young or old age

Irregular menstruation can be affected by several factors, both in younger and older women. The most common factors include stress, eating disorders, weight, hormonal problems, or an illness.

Long-term stress can affect parts of the brain that control reproduction in women. In this case, ovulation and menstruation can even stop completely.

Eating disorders are serious, especially when it comes to anorexia. Extreme weight loss or, on the contrary, weight gain is very unhealthy for the body, and can also cause irregular menstruation or even its complete omission. Menstruation usually returns after normalizing weight to healthy limits.

Hormones are essential for the body and the same applies to menstruation. As soon as the balance of hormones is disturbed, several problems appear, which may also be responsible for the irregular course of menstruation. Hormonal imbalance is most often caused by a change in estrogen levels.

In the case of serious health problems such as infections, polyps, or inflammations, your period may return as soon as they are cured. The influence of nutrients, vitamins, and minerals should also be sought behind the regularity or irregularity of menstruation. Their insufficient level also affects the menstrual cycle.

Beware of endometriosis, it will also affect pregnancy

Endometriosis is a benign disease that is influenced by estrogen and is the most common gynecological disease. This disease affects women of reproductive age between 30 and 40 years of age, with the risk of a relapse to the type of cancer reported to be only 1%.

The name endometriosis refers to the appearance of deposits of the endometrium, or tissue, in places outside the uterus. In some cases, it goes unnoticed or transiently. The causes of its occurrence are still not completely known, but the importance is attached to several contributing risk factors, such as genetic, hormonal, anatomical, and immunological changes.

Natural pregnancy is not excluded for women diagnosed with endometriosis, it all depends on the location of the disease, its stage, and duration.

The localization of the disease is an important factor that affects its manifestations. The most common symptom is a pain in the lower abdomen. Pain may also appear in the back or chest area if the mucous membrane has occurred there. The intensity of the pain depends on the woman’s hormonal cycle.

During menstruation, the intensity is the highest, and subsequently, the difficulties subside. Pain can also occur during sexual intercourse, and pelvic pain is also typical for endometriosis. This disease has a great impact on female infertility, it is the cause in almost half of the cases. If you suspect endometriosis, do not wait, early diagnosis is the basis of the solution.

Premenstrual syndrome, also known as PMS, can torment many women these days. It has many forms and comes with unpleasant phenomena, such as migraines or headaches. The home environment also affects these symptoms.

Premenstrual syndrome represents something different for every woman. For some women, it occurs every month, always 1 to 2 weeks before menstruation, and for others, it occurs only rarely and occasionally. PMS usually ends when the bleeding starts, while it can appear as early as around 20 years of age, and some women suffer until menopause.

The most common symptoms of PMS include mood swings, irritability, and anxiety, you may also experience a craving for salty or sweet foods, headaches and fatigue are typical.

Premenstrual syndrome can sometimes be without symptoms or with completely minimal manifestations, but usually, its intensity is high. In the case of very strong manifestations, it is already a phenomenon called a premenstrual dysphoric disorder, which affects approximately 8% of women.

If it is a solution, getting rid of all the symptoms of PMS is impossible, there is no specific medicine for it. However, exercise can help to relieve anxiety and bad mood. If you have cramps and movement problems, choose warm compresses. Resting and relaxing will reduce stress in the body and improve the condition of the nervous system, which also affects PMS.