What is Split Tunneling of VPN? When You Need It? 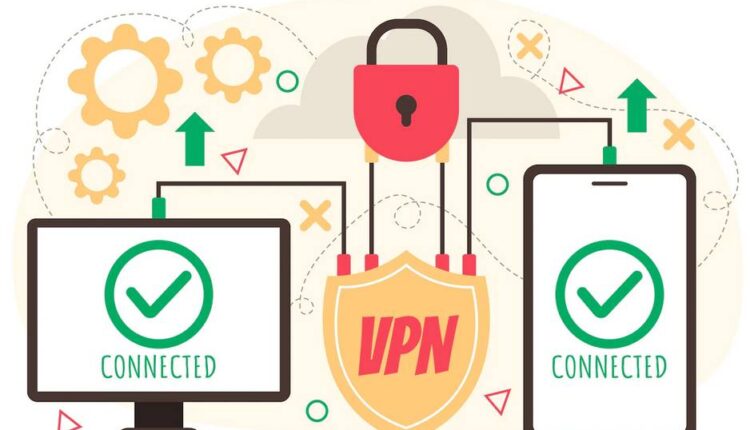 Split tunneling is a feature of VPNs that secures online activity while facilitating quick internet access, giving them a dual purpose. Let’s examine split tunneling‘s functioning as a VPN feature and how it might benefit you.

Split tunneling is the practice of sending some of your data over a VPN connection that is encrypted while leaving other apps and data with direct internet access. It mainly applies to VPNs of the remote access variety (like the one you presumably use to work from home), in which your computer is directly connected to a remote network at your company.

When it comes to split tunneling, there are three types:

You should use this approach when using a VPN. You specify which websites and apps you want to access the internet directly. For this situation, split tunneling can be utilized to get to the URL if an application isn’t working on your VPN. You can likewise use split tunneling to interface straightforwardly on the off chance that a social media application isn’t working accurately. For everything else, you would utilize the VPN. As you go along, you can choose what to link to directly, thanks to this.

You can select which individual apps you wish to use the VPN for with this functionality. If you don’t want to utilize your VPN for everything, you can use split tunneling for some torrent clients, mobile banking apps, and retail, travel, and transportation apps. Your usual network is used for all other internet traffic.

Just like the above, here you choose which URLs will have their traffic across the VPN connection encrypted. So you can utilize the VPN if you’re on a website for banking, travel, or shopping. You can quickly configure URLs in your browser to pass through your VPN if you’re using a VPN browser plugin.

How does Split Tunneling Work in VPN?

There is a setting called split tunneling in some VPN software programs. Based on your settings, the program determines whether the traffic you request from a website, application, or service on the internet needs to be sent through the VPN’s encrypted tunnel.

These guidelines may apply to the software being used, the website you’re browsing, or your IP address. The traffic you’ve added transits to the VPN server via the VPN’s encrypted tunnel. Your request is subsequently transmitted to the general internet while keeping your IP address secret.

Like if you weren’t using a VPN, the traffic you’ve blocked is delivered directly to the internet. Your IP address is not concealed, but excluded traffic is not slowed down like regular VPN traffic. The functionality of websites that require your actual IP address or location will be as usual.

Is Split Tunneling Necessary for VPN? Pros and Cons

With your VPN enabled, some programs and services will simply not function. They may demand your home IP address for authentication, or they may completely stop traffic from known VPN services.

When using one of these apps or services, you might occasionally need to turn off your VPN if you leave it always on for complete protection. It’s annoying, and you risk revealing information if you forget to turn the VPN off.

Split tunneling allows you to choose which apps use the VPN connection, preventing you from having to do that.

Another advantage of split tunneling is that it eliminates the bottleneck or sluggishness many individuals encounter while attempting to use the same network and connection for all tasks. Consider a scenario where three of your employees share a virtual private network. Two of them are gaining access to personal or business servers’ sensitive information. The other employee is researching online using a standard search engine; thus, the VPN is unnecessary for her security.

You may decide which website traffic or data should transit via your VPN and which should not use split tunneling. To protect your credit card information, for instance, you could want to encrypt all website activity. An industry presentation, on the other hand, can be something you want to watch or download. Data is needed for this operation in large quantities, although specific encryption is unnecessary. Because of these factors, you might choose to allow it to bypass the VPN and connect to the internet normally.

A VPN is necessary for anonymous torrenting and protecting your identity from copyright trolls. Split tunneling enables you to encrypt your torrenting activity while keeping the rest of your browsing private if you want to protect your P2P activity and access less sensitive services at the same time.

Access to other geographical areas is also possible through split tunneling. A VPN can route your traffic, for instance, if you wish to access a website that is only accessible in Europe. By doing so, you can access geo-restricted content and get around restrictions.

The community of online gamers is using VPN services increasingly frequently. While some gamers want to prevent distributed denial of service (DDoS) attacks on their network, others are worried about revealing their location.

A VPN secure and open network can be used simultaneously with VPN split tunneling. A remote worker’s computer could become infected with malware if he accesses a rogue website.

While online, VPN tunneling is a smart technique to protect your important information without sacrificing internet speed. However, you should avoid employing VPN Split Tunneling and use a VPN connection for all of your internet traffic if online security and privacy are your top concerns. While doing so, you must sacrifice internet speed, but your data is safe while you browse the internet.