Barack Obama applauds his daughters’ approach to “cancel culture”: ‘They don’t expect everyone to be perfect,’ they say. 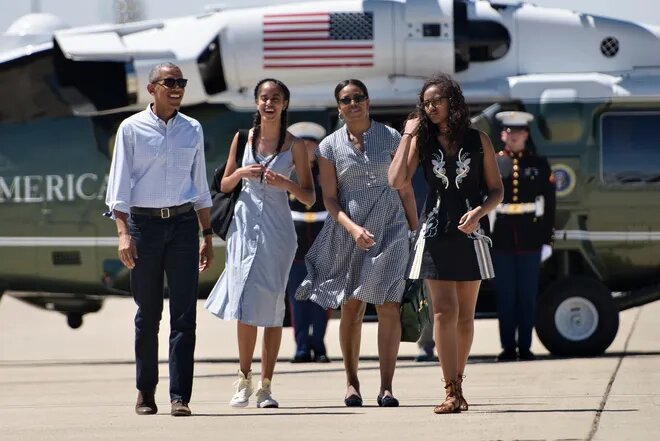 Malia, 22, and Sasha, 19, Obama’s kids, took part in Black Lives Matter protests last summer after George Floyd’s killing, as Obama has revealed. He revealed more about their thoughts in a new interview with Anderson Cooper that aired Monday.

He cites their “excellent sense” of “cancel culture” as one of them.

Obama also told Cooper that his girls are “so more wiser” than he was when he was younger, and that the difference between his generation and his daughters’ generation is that their generation does not accept injustice. He gains “optimism” as a result of this.

“When people ask me how I feel about my legacy, a big part of it is the kids I raised during my eight years as president,” Obama remarked. “I believe a number of basic assumptions they make about what this country should and should be are still valid. They still believe it and are willing to put in the effort to prove it.”

In a November conversation with People, Obama, 59, said he “could not have been prouder” of his daughters’ participation in last summer’s protests.

“Their attitude was, “We’ve noticed something wrong and want to correct it, and we believe we can.” And we recognize that it won’t be fixed in a day, a week, or even a march. We’re in it for the long term, but “he stated