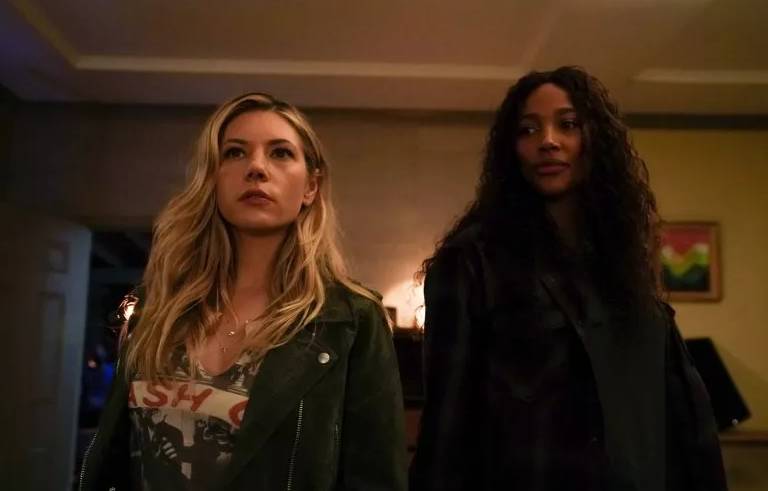 ABC has brought back Big Sky for Season 2, which sees Cassie (played by Kylie Bunbury) and Jenny (Katheryn Winnick) try to move on from their near-death experiences last season—but the serial killer who nearly took their lives is still out there.

While the plot of the new season will see the pair investigating a new threat, a number of their previous adversaries are back to cause more trouble—and as ever with Big Sky, murder is on the cards for any member of the main cast at any time.

Here’s what we know about when the new season is out, who is joining the cast, and what fans can expect to see over the next set of episodes.

The ABC series has moved days for its second season. Season 1 aired on Tuesdays, but new episodes this season will be coming out on Thursdays at 10 p.m. ET / 9 p.m. CT.
The Season 2 premiere, titled “Wakey Wakey,” will air on Thursday, September 30 in the above timeslot. For viewers who want to watch online, episodes will come to Hulu on Friday mornings.

Bunbury and Winnick are both confirmed to be returning, as are Brian Geraghty as serial killer Ronald Pergman and Patrick Gallagher as Sheriff Walter Tubb.

More surprisingly, also returning is John Carroll Lynch, despite (spoiler for Season 1) his character Rick Legarski dying last year. How exactly he will be back has not been revealed, though at a Television Critics Association (TCA) event the makers of the show referred to the fact that the character has a twin.

Alongside these returning faces is a whole host of new Montana residents. Most important of these is set to be Ren, a new villain played by The Mysteries of Laura actor Janina Gavankar. At the TCA panel, showrunner Elwood Reid called her a “new baddie, who is going to bring in more baddies.”

Another character set to shake up Jenny’s life is old friend Travis, set to be played by The O.C.’s Logan Marshall-Green.

Also joining the cast are the following:

What Will Happen in ‘Big Sky’ Season 2?

The official synopsis for the premiere reads: “After Ronald’s escape, Cassie distracts herself with work at Dewell & Hoyt while Jenny, recovering from her near-death experience, decides to take Sheriff Tubb up on his offer for her to rejoin the force. Yet, even as these two seem to move in different directions, it won’t be long before a mysterious accident leads them to cross paths. Elsewhere, Ronald is wrapped up in something he can’t get out of but who did the wrapping?”

Deadline, meanwhile, shared a summary of the entire season: “In Season 2 of the David E. Kelley series based on the books by C.J. Box, when private detectives Cassie Dewell (Bunbury) and Jenny Hoyt (Winnick) reunite to investigate a car wreck outside of Helena, Montana, they soon discover that the case might not be as straightforward as it seems. As they unravel the mystery of the accident, their worlds will collide with a band of unsuspecting teens, a flirtatious face from Jenny’s past and a vicious outsider hellbent on finding answers.”

This season is set to be based on Badlands, the second of Box’s Cassie Dewell books. In the book, Cassie has moved from Montana to North Dakota, though the show will keep the Montana setting of the first season (though filming of the show is moving from Vancouver to New Mexico).