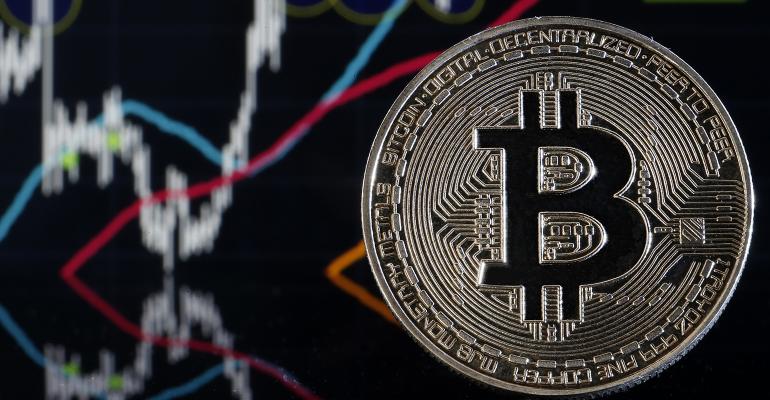 Prices for Bitcoin (BTCUSD) and other major cryptocurrencies plunged Friday morning after Chinese authorities reiterated their tough stance against the asset class. Bitcoin’s price fell by as much as 10% to $40,983 in roughly three hours, according to coinmarketcap.com data. Ethereum (ETHUSD) got caught up in Bitcoin’s slipstream and crashed by 12% to $2,747.34 in the same period. Collectively, cryptocurrency markets fell from a market capitalization of $2 trillion to $1.8 trillion, approximately a 10% loss, during that time.

Cryptocurrency markets fell in response to commentary from Chinese authorities. Back in May, they had banned financial institutions and payment services from providing cryptocurrency services to consumers. Today’s notice repeats the ban and adds fresh detail that outlines measures authorities are taking to intensify their crypto crackdown.

The People’s Bank of China posted a Q&A on its website stating that virtual currencies did not have legal status in the country. It also stated that services offering trading, order matching, token issuance, and derivatives for virtual currencies were prohibited.

China had already banned cryptocurrency exchanges in 2017. Today’s notice announced that staff of overseas-headquartered exchanges residing in China would be investigated for “knowingly participating” in the crypto industry. Law enforcement authorities in the country were asked to “severely” crack down on crypto-facilitated money laundering and gambling.

The authorities also moved to clamp down on “hype” in crypto prices by censoring information related to cryptocurrencies and establishing a “joint working mechanism” between different government departments to share information and rapidly response to threats from virtual currency trading. The mechanism envisages the development of an early warning system that includes online monitoring of trading accounts by local governments.

The country’s National Development Reform Council (NDRC) also put out a notice that tightened the vise on its earlier clampdown of cryptocurrency mining within the country. In its notice, the government agency placed itself in-charge of a crackdown on crypto mining. It asked state and local governments to identify mining rigs within their jurisdiction and accelerate their shutdown or departure from the country. Electricity providers were asked to stop using the national grid to provide services to crypto miners. Mining farms were also barred from electricity trading markets and could be on the hook for increased prices from providers.

China’s most recent set of crackdowns against cryptocurrencies continues its charge against the asset class over the past couple of years. Cryptocurrencies have proved to be a mixed blessing for the country. Some of the biggest cryptocurrency exchanges in the world were once based in China, and they accounted for 90% of all transactions in crypto markets. The country was also a hub for crypto-mining, thanks to a host of mining-friendly policies and subsidies.

But the government began tamping down on speculation in monetary markets in 2017, leading to a heightened scrutiny and subsequent ban on crypto-related activities, such as initial coin offerings and cryptocurrency trading. Cryptocurrencies have also been blamed for instigating a capital outflow from the country in 2019. Even as it continues to stymie cryptocurrency trading and mining, China has co-opted the technology behind cryptocurrencies to develop a digital equivalent of its own currency.

According to Jason Guthrie, head of digital assets for asset management firm WisdomTree, the latest set of statements is a “continuation of a (previous) trend.” He told Financial Times: ” … they are ratcheting up rhetoric ahead of the launch of a digital renminbi.”