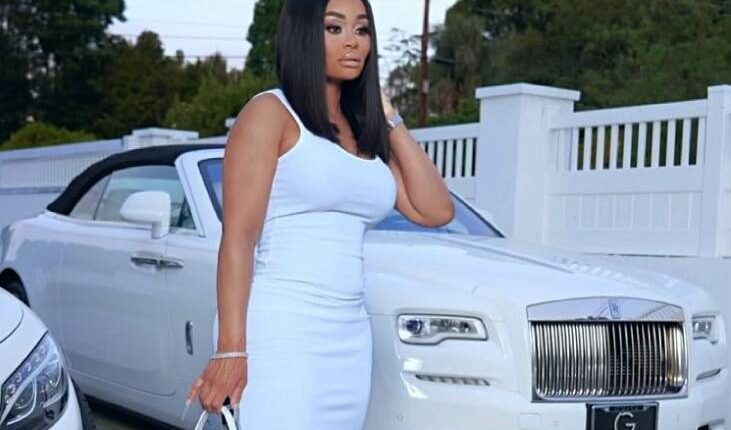 Blac Chyna’s $100 million defamation lawsuit against the Kardashian family, accusing them of canceling her reality program Rob & Chyna, will finally be heard this week by a Los Angeles jury.

The ten-day trial is scheduled to begin five years after Chyna sued the Kardashian-Jenners. With Kim Kardashian, Khloé Kardashian, Kris Jenner, Rob Kardashian, and Kylie Jenner on the witness list, as well as Chyna and Ryan Seacrest, the testimony is expected to be explosive in the downtown Los Angeles courthouse.

Chyna (real name Angela White), 33, filed the $100 million defamation lawsuit against Rob in 2017 and claimed in court documents that he was a “abuser” who was “out to destroy her” after she left him. According to her complaint, the Kardashian-Jenner family “became a media predator in retaliation, slut-shaming her on social media and canceling her hit television show, which had already began filming a second season.” The Kardashians have now parted ways with the E! Network, with the final episode of Keeping Up With the Kardashians airing in June 2021, and have shifted their focus to a new reality series on Hulu called The Kardashians, which premiered last week. This is how the trial’s central characters arrived.

To begin, let’s look at Rob Kardashian and Blac Chyna: What is their history once more?

Rob and Chyna began dating in January 2016 and exchanged vows three months later. According to Chyna’s court documents, E! greenlit the couple’s reality show Rob & Chyna in June, ordering six hour-long episodes as well as a special featuring the couple’s daughter, Dream. In November 2016, Dream was born. (Chyna already had a kid, King Cairo, who is now 9, with ex-boyfriend Tyga, who was dating Kylie at the time.) Rob confirmed the couple’s breakup on social media a month after Dream was born, writing, “Chyna left me.” Rob then took to Instagram and Twitter to post a series of naked photographs of Chyna, accusing her of being unfaithful. Chyna filed a restraining order against Rob in July 2017, requesting that the judge order him to keep away from her and refrain from cyberbullying her or uploading or sharing private, intimate, or sexually explicit images of her.

Chyna sued Rob and his entire family three months later. In her lawsuit, she claimed that Rob & Chyna had “excellent ratings” and that she was informed by E! that the show would be renewed despite the couple’s breakup. She was later informed by E! that the show would not be renewed. She accused the Kardashians of meddling with Edecision !’s to renew the show for a second season by contacting network executives and pleading with them not to.

Chyna’s court documents cited an episode of Keeping Up With the Kardashians in which the family meets to decide whether Rob & Chyna should continue to be filmed. She accused her relatives of defaming her in the public and slandering her.

Chyna said that in retaliation for obtaining a restraining order, Rob and Kylie filed their own lawsuit against her, accusing her of abuse, battery, and attempting to blackmail the family for money. (In February, that action was dismissed.) Chyna also has a separate revenge-porn case against Rob, Kim, Khloé, Kylie, and Kris, which she filed in October 2017 and is scheduled to go to trial on May 2. She accuses Rob of posting her private nude photos to his 9 million Instagram followers without her consent, causing her mental anguish, humiliation, and emotional distress. Rob maintained in court documents that he did not share the photographs without Chyna’s agreement and that they caused her mental anguish, humiliation, and emotional grief.

So how did the Kardashians respond to these lawsuits and allegations?

The Kardashians responded in court papers filed in 2020 that Chyna’s claims that they defamed her and purposefully interfered with her contract were based on the unfounded assertion that they “lied to E! when they expressed their concern for the defendant’s safety and well-being following Chyna’s violent attack.” They argue that it was “indisputable that Chyna attacked Rob” and that they feared for his safety and well-being.

“During an alcohol and drug fueled rampage, Chyna violently attacked Rob, strangled Rob with an iPhone charging cord, repeatedly struck him with her fists and a metal rod and threw a chair at Rob’s car as he drove off to escape her attack,” according to their court papers.

They accuse Chyna of breaking down a door and say Kris’s boyfriend, Corey Gamble, had to pull her off Rob. They claim that after Chyna obtained a restraining order against Rob, it “prohibited her from having any contact with Rob, making it physically impossible for her to perform in the series.”

“No couple = no show”: According to the court papers, that was the testimony from an E! and Bunim-Murray Productions witness.

The Kardashians also state in court papers that Chyna’s talent agreement granted E! only “the option and not the obligation” to engage Chyna for additional seasons at the time of their “alleged tortious conduct” and that E! had not exercised written notice to engage Chyna for a second season. They maintain they can’t be held liable for making true statements and statements based on their opinions.

Who will be called as a witness in court?

Numerous known faces and a few E! executives were in attendance. Additional witnesses are expected to be summoned:

What is the current state of affairs?

On April 2, Blac Chyna posted a statement on Twitter that she was “planning to re-focus” to her attention on Kris, Kim, Khloé, and Kylie to “stand up for my legal rights and to be an example to my kids that ‘what’s right is right, what’s wrong is wrong.’ And what they did was so wrong.”

She said in the statement that she was thankful a jury will be able to hear “what really happened behind closed doors — the lies that were told and the damage that was done.”