Taco Bell has reintroduced Mexican Pizza to their menu 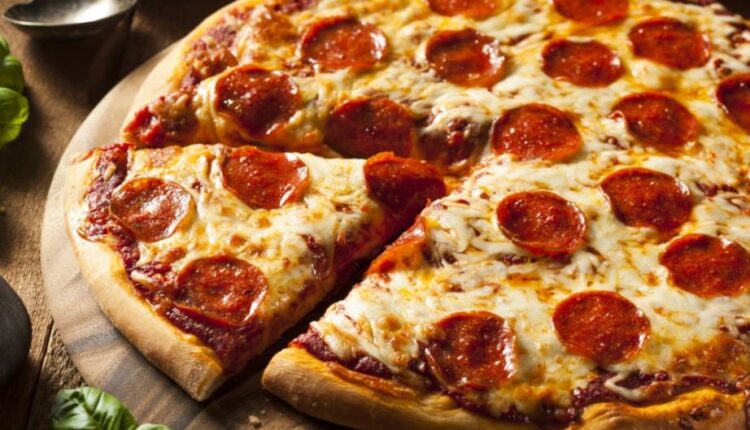 Get ready for a fiesta for those who have been mourning the loss of Taco Bell’s Mexican pizza for the past two years! The cult-favorite food, which was taken from the menu in 2020, is making a triumphant return. The Mexican-inspired fast-food company announced via a press statement shared with TODAY Food that the gooey creation will return to menus permanently on May 19.

The delicacy, which consists of ground beef and refried beans sandwiched between two crispy tortillas and topped with melted cheese and tomatoes, is easily modifiable, making it a vegetarian or halal fast-food paradise.

“While rumors of the Mexican Pizza’s return have been swirling for months, it hasn’t been publicly confirmed until now,” Taco Bell shared in its statement, which revealed that the franchise had tapped Doja Cat, “the voice of the Taco Bell people,” to break the news to fans on her TikTok and Twitter.

“We finally did it, the Mexican Pizza is coming back on 5/19 @tacoBell,” she wrote on both platforms Monday, with a video of her announcing the news to her Coachella audience: “I brought back the Mexican Pizza by the way!”

The “Kiss Me More” rapper became a mouthpiece for the beloved menu item in 2021, she implored Taco Bell to put Mexican Pizza back on the menu and charmingly pulled rank in an attempt to encourage them to do so. She has worked alongside the chain to create its tunes for commercials and promotions in the past.

“Hey @tacobell, just heard my song in your commercial…,” she tweeted at the time. “I’m a #TacoBellPartner now. So where’s my Mexican Pizza?”

When many companies were trimming down their menus during the epidemic, Taco Bell announced plans to remove Mexican Pizza from its menu in September 2020, citing the item’s packaging as a barrier to its environmental aims. According to the chain, pizza packaging accounts for more than 7 million pounds of paperboard in the United States each year.

In September 2020, technology entrepreneur Krish Jagirdar launched a Change.org petition to save the Mexican Pizza from its unfortunate fate, stressing its relevance to the South Asian community in particular. There are approximately 172,000 signatures on the petition.

“Losing this item would not only be the loss of one of our favorite foods but a piece of our childhood & heritage as Indian Americans,” he wrote. “Please band together, show support, and save the Mexican Pizza.”

“This ain’t even Mexican food / But I don’t care when the clock hits 2 a.m., p.m. if that is your mood,” she raps in the video over a beat that incorporates the Taco Bell “bong” sound.

“Mexican Pizza is the pizza for you and me,” she sings at the end, in a nod to the “Krusty Krab Pizza” song from SpongeBob SquarePants.

Taco Bell said that, in addition to bringing back the saucy goodness, it would reward select petition participants and fans who tweeted #IBroughtBackTheMexicanPizza with exclusive goods.

On May 19, a limited number of Taco Bell Rewards members will be eligible for a free Mexican pizza. Starting on May 17, Taco Bell’s Loyalty members will be treated like VIPs, with early access to the menu item.