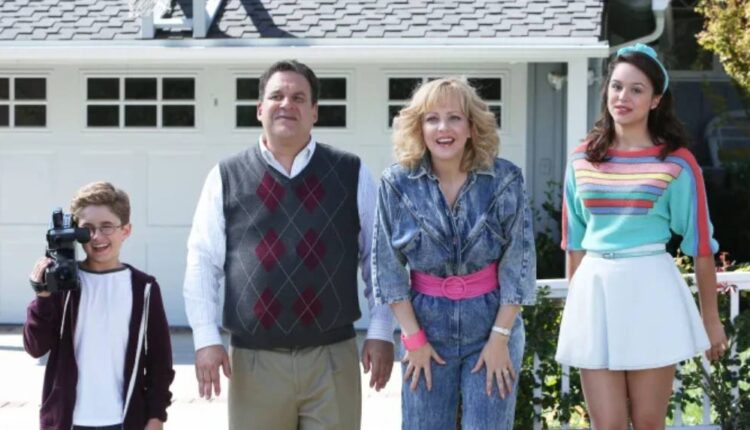 This fall, when the ABC sitcom “The Goldbergs” premieres its tenth season, Murray, played by Jeff Garlin, will have already passed away.

Showrunners Alex Barnow and Chris Bishop explained how “The Goldbergs” will handle Garlin’s dramatic exit from the show midway through its ninth season in an interview with Entertainment Weekly. Garlin’s exit was a “mutual agreement” between himself and Sony Pictures Television following an HR investigation into his on-set behavior, which the actor chalked up to “silliness.”

“This is going to be a family that has not reconciled the fact that their father’s gone but has sort of moved on and has dealt with a lot of that,” Barnow said. “So we’re starting with optimism about a baby coming and looking forward to the future. It’s an opportunity for this interesting emotional basis for the way people are behaving.”

Bishop added: “It honestly feels like a huge reboot for us. So we have tons of momentum rolling into this new season.”

“The family has already grieved, unlike Pops [George Segal] and the premiere of Season 9 where they’re dealing with it sort of very freshly,” Barnow said. “Jeff [Garlin] won’t be in the series this year, and so far the stories have been largely about looking forward rather than looking back.”

When asked if Garlin knows his character is being killed off, Barnow responded, “I’ve talked to Jeff and he’s aware that he’s not being replaced.” The response to that inquiry would be, “I don’t know if he knows what his fate is, but I’m guessing he knows.” He wouldn’t have any specific clarity on it since we haven’t spoken since the beginning of writing.

As Murray’s passing draws the family closer, the showrunners revealed that Pop-Pop (Judd Hirsch) will appear more frequently in Season 10. Additionally, they hinted that David Hasselhoff will appear as himself.

For the first time in the show’s nine-season history, Garlin will not appear at all during season 10 of “The Goldbergs.” The 22-episode Season 9 of the show was recording its 15th and 16th episodes when Garlin was abruptly fired owing to the claims. The star nevertheless continued to make appearances via off-camera dialogue taken from earlier episodes and unused takes, as well as previously shot pictures. Garlin continued to get compensation for his services on the show at that time.

In an earlier interview with Vanity Fair, Garlin addressed the accusations leveled against him, stating, “Well, to be honest with you, there is no narrative. Sony and I disagree on a matter of opinion.

He continued: “My opinion is, I have my process about how I’m funny, in terms of the scene and what I have to do. They feel that it makes for a quote ‘unsafe’ workspace. Now, mind you, my silliness making an unsafe workspace — I don’t understand how that is… I am always a kind and thoughtful person. I make mistakes, sure. But my comedy is about easing people’s pain. Why would I ever want to cause pain in anybody for a laugh? That’s bullying. That’s just uncalled for.”