Derek Jeter continues to be “The Captain” of his story. 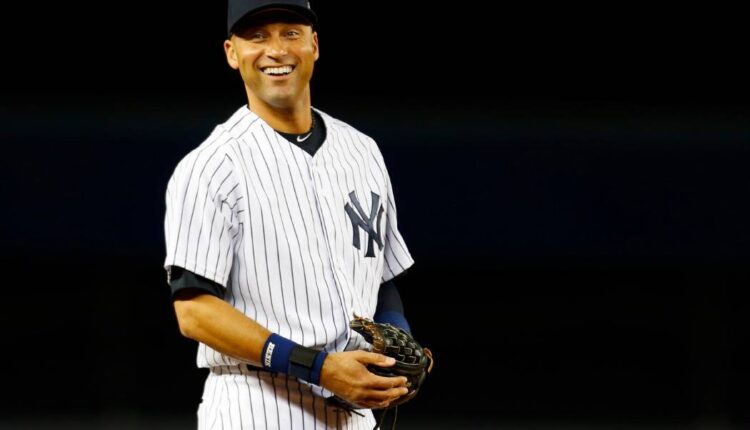 On a snowy New Year’s Eve in 1999, it took place. According to the legend, Derek Jeter, who was the star shortstop for the New York Yankees at the time, and his friends were getting out of a cab. Just after warning them about the icy conditions, Jeter steps outside and slips, yelling, “Oh, God!” as he hits the ground.

His friends are still entertained by the tale even after all these years. So did Jeter, despite the fact that he injured himself and was later found to have an umbilical hernia, a condition that sounds catastrophic but is actually quite minor. In the third episode of “The Captain,” a seven-part documentary series that debuted Monday on ESPN, he chuckles about it.

“My belly button popped out,” Jeter says, revealing a never-before-told moment. His face softens as he chuckles.

The belly button incident is included for just over a minute in that third episode, which focuses on loyalty and what it takes to join or leave Derek Jeter’s circle of trust. It’s likely the most obscene nugget offered throughout the entire series.

That is intentional. When one of today’s most admired yet mysterious and reclusive sports figures chooses to open up, he does so on his terms.

Consider the cold greeting Alex Rodriguez received after becoming a member of the Yankees; Jeter never admits that, as a captain, he might have done more to make A-Rod feel at home. Or his love life; while it is indicated that Jeter would occasionally enjoy a night out, sampling the Big Apple, in the first five episodes, his sexual relationships are unrelated to the plot. (And no, he denies ever presenting one-night stands with memento-filled gift baskets.)

“I think you have to draw the line,” Jeter says of protecting his privacy. “I drew the line at a very, very young age, and I just wasn’t going to let them cross it.”

Jeter played 20 scandal-free years in the voracious New York media market, disguising bland bits of information as soundbites and hiding his true self beneath that serene, appealing exterior. He had a runway-model appearance, but his demeanor was that of an accountant.
In the fifth episode, ESPN reporter T.J. Quinn perfectly encapsulated the man’s boringness: “He never broke character. Always Derek Jeter, that is. You never got a feeling of the person he really is.

Boring isn’t necessarily a negative thing, though, unless you’re a sportswriter being paid for your ability to glean information. Jeter was defensive and territorial, and happily, players who are passionate about global concerns haven’t adopted his style. Nevertheless, the social media generation’s biggest stars could benefit from some of his moderation techniques.

On Instagram, we can witness their off-season fitness videos. We overhear their barbershop talks, which are so unpolished and uncensored that they have to quickly tidy them up on Twitter. Even while they produce their own podcasts using the same hot-take script, we hear them complain about talking heads in traditional media.

The Ball family’s online series has produced six seasons, and NASCAR driver Austin Dillon has a reality TV program. Tom Brady is presumably working on his 700th documentary and prepping for his 23rd NFL season somewhere. Consider what Jeter might have said about himself in the 1990s. It would never have occurred. Nevertheless, he was the professional athlete who had a part in ushering in this oversharing era.

Jeter made an effort as a player to avoid the New York tabloids’ back pages. However, he entered the media industry after retiring, teaming up with Jaymee Messler to start the Players’ Tribune. Athletes have had the opportunity to share their tales on the website since 2014—or, to be more exact, to frame the narrative in a way that suits them.

Even while the Players’ Tribune publishes articles mostly written by ghostwriters and athletes have grabbed this self-empowerment to commodify and promote themselves, Jeter, now 48, understood the importance of speaking for yourself. In both their personal and professional lives, they serve as CEOs. Jeter, though, had a significant advantage over today’s celebrities in that not everything in his life was for sale.

Even in “The Captain,” the story goes only as far as the star, who in February stepped down as CEO of the Miami Marlins after nearly five years, allows.

Jeter’s dry sense of humor, the fact that he almost happened to be in the same nightclub as Sean “P. Diddy” Combs on the night of a triple shooting in 1999, or the fact that his trust issues stem from his upbringing as a biracial child in Kalamazoo, Michigan may have gone unnoticed by the adoring fans, the beat reporters who covered him, and pretty much everyone else who stood locked outside of his intimate circle.

In “The Captain,” which is an invitation just deep enough to meet Jeter, viewers will hear these stories and more. He occasionally displays a side that few have seen. He uses profanity liberally, takes potshots at detractors, and submerges himself in his own pettiness.

In addition to being a Jordan Brand athlete, Jeter also exhibits Michael Jordan-like behavior. Who can forget the scene from “The Last Dance” where Jordan was seen laughing out loud while holding a tablet that was playing a clip from a Gary Payton interview?

Jeter also gets the last word each time. When reacting to Nomar Garciaparra’s assertion that the Boston Red Sox didn’t lose to a better team in the 1999 American League Championship Series, Jeter channels his inner MJ.

“That’s what losers say,” Jeter says with a smile and a shrug. “Sorry, Nomar. We had a better team that year.”

In the same episode, Jeter shares the gnarly story about his navel. After confirming the incident, he turns his head and, as if facing someone sitting off camera, says, “Pretty sure that story doesn’t make this.”

But of course that story makes the cut. The media company behind “The Last Dance,” which gave Jordan full editorial control, produced this film. The Players’ Tribune also partnered with ESPN and Major League Baseball to help with its creation.

“The Captain” remains Jeterian. It’s billed as candid, but it tells the story his way.

For two decades, Jeter won five championships while controlling his narrative. Now he must think his legacy needs a postscript — so he has written that, too.