The Growing Threat of the Marburg Virus in Africa 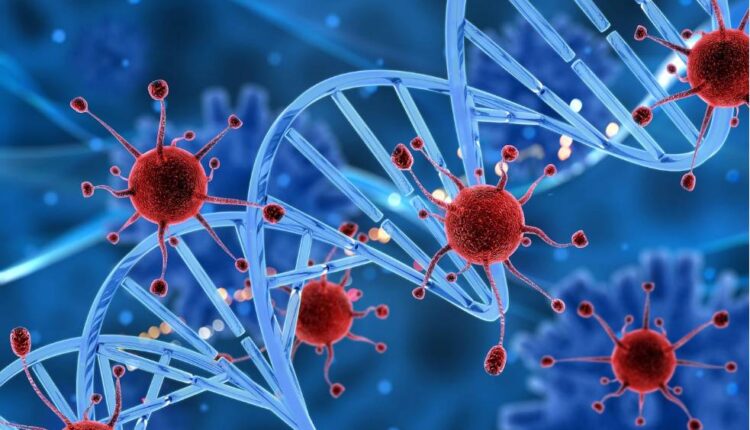 In June, two individuals died from the highly virulent Marburg virus in Ghana, starting the country’s first known outbreak. Marburg, which belongs to the same virus family as the Ebola virus, primarily affected Central and Southern Africa until Guinea, in West Africa, confirmed a single, fatal case in August 2021. The most recent deaths demonstrate once more how a disease found in fruit bats can infect people across species boundaries and maybe start a lethal epidemic.

It belongs to the family of viruses known as Filoviridae, which can cause severe hemorrhagic fever in humans and cause up to 90% of those afflicted to pass away. When outbreaks occurred simultaneously in laboratories in Marburg and Frankfurt, both in Germany, as well as in Belgrade, the capital of Serbia, the Marburg viral disease was first identified in 1967. Cases were linked to green monkeys that were brought from Uganda for use in research and the creation of polio vaccines. A very related virus was discovered to have caused a fatal outbreak in a community nearby to the Ebola River in the Democratic Republic of the Congo nine years later, giving that virus its name. Since then, other additional viruses that are known to cause comparable illnesses in people have been found all over the world; globalization, international travel, and climate change have all aided in their spread.

2. What signs and symptoms does it generate?

After two to 21 days of incubation, symptoms start with a high temperature, a strong headache, and a severe malaise, which are frequently accompanied by muscle soreness and aches. On the third day, symptoms including watery diarrhea, cramps in the stomach, nausea, and vomiting can start. A week can go by with diarrhea. At this stage, patients have been described as having drawn, “ghost-like,” deep-set eyes, expressionless faces, and profound lethargy. In the first known epidemic in 1967, two to seven days after the onset of symptoms, a non-itchy rash was seen in the majority of patients. At the end of the first week of symptoms, a lot of people experience severe bleeding, often known as hemorrhaging. Bleeding from the nose, gums, and vagina frequently occurs in conjunction with fresh blood in vomit and feces. Spontaneous bleeding can be particularly problematic at areas where intravenous access is acquired to administer fluids or collect blood samples. Patients have experienced persistently high fevers during the acute stage of the illness. Confusion, impatience, and violence might result from central nervous system involvement. In the third week of the illness, males may occasionally have inflammation of one or both testicles. Death usually occurs eight to nine days after the onset of symptoms in fatal instances, and is typically preceded by significant blood loss and shock.

It can be challenging to differentiate Marburg virus sickness from other viral hemorrhagic diseases including Ebola, Lassa fever, and malaria without the aid of diagnostic lab tests. Patient samples carry a very high risk of biohazard. The World Health Organization advises utilizing a triple packaging approach to transfer specimens for tests while maintaining the highest level of biological containment.

4. How do outbreaks start?

The major carrier of the Marburg virus is thought to be the African fruit bat Rousettus aegyptiacus. Long-term exposure to mines or caverns where colonies of the flying mammals live has led to human instances. Primates like monkeys and apes can contract the disease as well. Marburg and kindred filoviruses are passed from animals to humans through encroachment into forested areas and direct contact with wildlife, such as eating “bush meat.” Once a person is infected, the pathogen can be passed from person to person through direct contact with the blood, secretions, organs, or other bodily fluids of infected people, as well as with surfaces and materials, like bedding and clothing, that have been contaminated with these fluids. This contact can occur through broken skin or mucous membranes.

Family members and hospital workers who care for patients infected with the Marburg virus without using personal protective equipment or other infection prevention measures have historically been the group at most risk. The danger of exposure may also be higher for those who work with non-human primates from Africa in laboratories or quarantine facilities. Direct contact with the deceased’s corpse during funeral rites has been linked to the spread of Marburg.

6. Are there treatments and vaccines?

According to the WHO, many strategies, including blood products, immunological treatments, monoclonal antibodies, and antivirals are being studied; however, no vaccine or antiviral medication has been authorized to treat Marburg virus sickness. The odds of survival are increased by supportive care, including rehydration with oral or intravenous fluids. The Sabin Vaccine Institute and New York-based IAVI received additional funding from the US government’s Biomedical Advanced Research and Development Authority in October to progress mid-stage clinical trials on potential vaccines.

7. How are the recent outbreaks being controlled?

Both incidents happened in Ghana’s Ashanti area, which is well-known for producing both gold and cocoa. The first case was a 26-year-old man who entered a hospital on June 26 and passed away the next day. The second patient was a male patient, 51 years old, who presented to the same hospital on June 28 and passed away on same day. In a statement on July 17, WHO said it was assisting health officials in a collaborative investigation in the southern region. The UN agency is working with communities to warn and educate them about the risks and dangers, sending experts, making PPE available, stepping up surveillance, testing, tracing contacts, and partnering with emergency response teams. According to the WHO statement, more than 90 contacts, including community members and health professionals, have been found and are being watched.

8. Where else have incidents taken place?

outbreaks have happened in Zimbabwe, Kenya, Congo, Angola, Uganda, and Guinea since the first occurrences among lab employees in Germany and the former Yugoslavia in 1967. Infection from a lab caused a fatal case in Russia in 1990, and a woman who had visited the Python Cave in Uganda’s Maramagambo Forest just days previously died in the Netherlands in 2008.