Ellen Pompeo Sparred With Denzel Washington on Grey’s Anatomy: “This Is My Show” 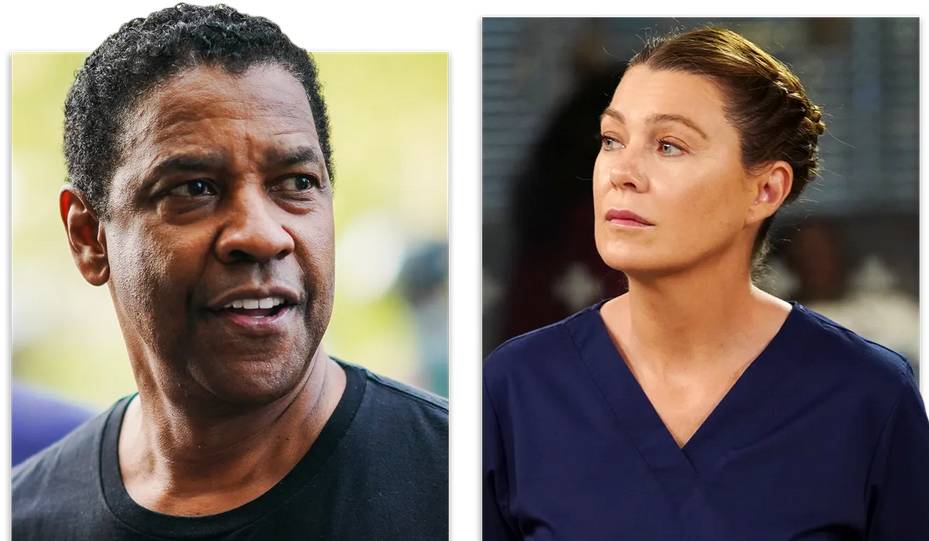 The behind-the-scenes drama on Grey’s Anatomy might have surpassed its onscreen conflict. On a recent episode of her podcast, Tell Me With Ellen Pompeo, the show’s star welcomed guest Patrick Dempsey, who was recently accused of “terrorizing” behavior on the set of Grey’s. However, the pair shied away from discussing their own rocky past. Instead, an unprovoked Ellen Pompeo chose to share a heated exchange she once had with Denzel Washington.

The two-time Oscar winner directed a 2016 episode of Grey’s titled “The Sound of Silence,” in which Pompeo’s character had her jaw broken by an epileptic patient. It was the first season of the show that Pompeo filmed after the exits of her longtime costars Dempsey (in season 11) and Sandra Oh (in season 10).

Debbie Allen, an executive producer and director on Grey’s, had recruited Washington as a surprise guest director to appease a restless Pompeo. “Debbie Allen was like, What can I do to keep Ellen interested? What can I do to keep Ellen here? Because after you [Dempsey] left, I was like, ‘Oh, why do I have to stay here?’” Pompeo explained. “And Debbie was like, ‘No, no, no. You’ve got to stick around. I’m gonna bring in a surprise for you,’ and she would never tell me who it was. But she knew I was a huge fan [of Washington].”

That surprise evidently soured during a scene in which Pompeo’s character, Dr. Meredith Grey, had to listen to an apology from the man who forced her jaw to be wired shut. “He made this choice to speak very softly. And [Meredith] was pissed that [she] had to sit there and listen to this apology, and he wasn’t looking at [her] in the eye,” she said of her scene partner. “Again, we love actors who make choices, right? And I yelled at him, and I was like, ‘Look at me when you apologize. Look at me.’ And that wasn’t in the dialogue, and Denzel went HAM on my ass.”

Pompeo recalled Washington telling her, “‘I’m the director. Don’t you tell him what to do.’” Apparently, she didn’t take kindly to her director’s…direction. “And I was like, ‘Listen, motherfucker, this is my show. This is my set. Who are you telling?’ Like, ‘You barely know where the bathroom is,’” Pompeo declared. “And I have the utmost respect for him as an actor, as a director, as everything, but, like, yo, we went at it one day.”

The Grey’s star even aired her grievances with Washington to his wife, Pauletta, when she visited the set. “I was like, ‘Yeah, he yelled at me today. Yeah, he let me have it today, and I’m not okay with him, and I’m not looking at him, and I’m not talking to him,’” Pompeo recalled. She then chalked it up to the idea that actors will be actors, adding, “So we didn’t get through it without a fight, but, you know, that’s actors for you—passionate and fiery—and that’s where you get the magic, and that’s where you get the good stuff. So it was an amazing experience, it really was.”

Washington, director of Antwone Fisher, The Great Debaters, and Fences, has steered clear of the small screen ever since—never directing another episode of TV.