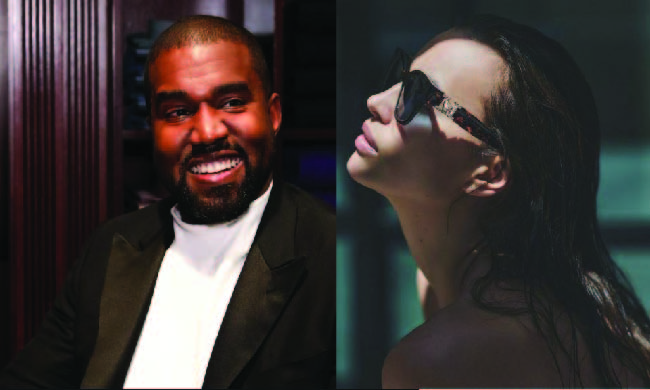 Is there a new couple in town? Kanye West and Irina Shayk were pictured for the first time together amid relationship speculations.

West, who divorced Kim Kardashian earlier this year, and Shayk, 35, traveled to France to celebrate the rapper’s birthday. The two can be seen walking together in images obtained by The Daily Mail at a small hotel in Provence.

According to an eyewitness, “they were taking pictures of each other and the statues.” “They appeared to be really happy and calm. It was only them and a couple of their buddies.”

Last month, reports surfaced that the West was courting the Russian model. This would be Shayk’s first high-profile relationship since her one-child relationship with Bradley Cooper.

Kardashian, who is married to West and has four children, filed for divorce in February after nearly seven years of marriage. On last week’s heartbreaking episode of Keeping Up with the Kardashians, the reality star admitted to feeling like a “failure” and a “loser” after her third divorce.

“Why am I still stuck in this, like, place? For many years. Every year, for example, he relocates to a different state. I need to be together so that I can raise the kids, you know? He’s a fantastic father. He’s done an outstanding job “Kardashian sobbed. “I think he deserves someone to go support his every move, to follow him around, and to go to Wyoming.”

West and Kardashian, on the other hand, are on good terms. On Tuesday, she publicly wished him a happy birthday, saying on social media, “Love U for Life!”

Shayk and Cooper have been blissfully co-parenting their 4-year-old daughter Lea. They ended their four-year relationship in 2019.

“I think in all good relationships you bring your best and your worst — it’s just the nature of a human being,” she told British Vogue last year. “Two great people don’t have to make a good couple.”

While she said “life without B is new ground,” she made it clear they were over romantically.

“I have a strong personality and I definitely know what I want, and I think some men are scared of that,” she added. “If somebody’s out of my life, they’re out of my life and I really cut all the ties, you know?”