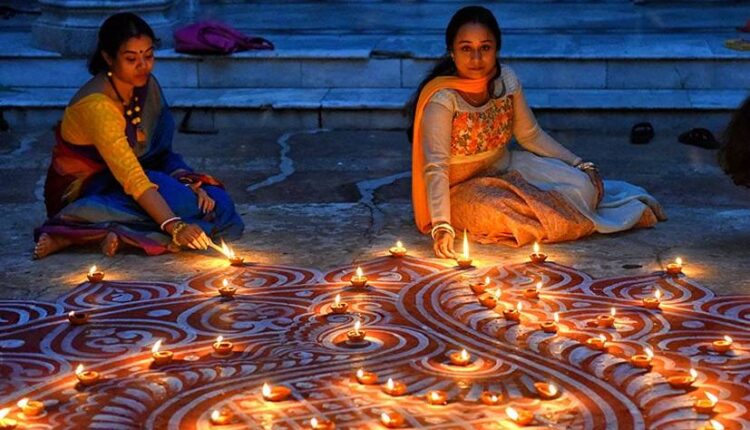 The beautiful Sri Ganesha Hindu Temple in South Jordan is more than a religious sanctuary for Utah’s Indian American community.

It is here that older members of the community from all around the Salt Lake Valley reconnect with their Indian ancestors, as well as second-generation individuals discover their Indian identity. It’s a time when old and young alike dress up in embroidered robes and silk tunics, and their deities are dressed similarly to reflect the divinity in all of us.

Next week, the temple will be drenched in awe as 500 to 700 Hindus (rather than the customary 2,000) descend on it for Diwali, the first post-pandemic — and most important — festival of the year.

According to temple President Balaji Sudabattula, the ritual commemorates the triumph of light over darkness, and if you consider COVID-19 to represent darkness, getting together again will be a true victory.

“We’ve been cooped up in our houses for far too long. This is a major matter… this year is more sacred than many others,” Sudabattula explains. “It demonstrates that the pandemic is coming to an end.”

Even though temple officials concluded through an informal poll that the vast majority of the 9,000 Hindus living in Utah have been vaccinated, he believes there will still be limits.

He says that the number is so high because the virus has “forced some in-migration [of Hindus] from California” in the last two years, resulting in a large influx of newcomers from India.

Masks will be required inside the temple during Diwali, which runs from Nov. 2 to 4, and just 70 people at a time will be allowed in the room that regularly seats hundreds. Others may congregate in the parking lot to mingle.

“The temple can be a place where people would come and feel protected,” says Gopika Kamtekar, a member of the temple board.

“Some normalcy is returning,” adds Kamtekar, who lost her father to the virus in India and was unable to travel there, “and to bring back optimism for better days ahead.”

The Hindu temple and community assisted Kamtekar in introducing her children to the traditions of her homeland when she relocated to the Beehive State more than two decades ago.

It was the only way to keep her 20-year-old daughter and 16-year-old son “connected” to their culture, she adds.

For Sahana Kargi, a 20-year-old University of Utah student, the temple served the same function.

“Having these holidays, which are a great chance to meet people who are all Indian, people who look like you,” Kargi says, is fantastic. “You’re not out of place.”

Her family, who hails from southern India, first settled in Boise, where there wasn’t much of an Indian community or a huge Diwali celebration, before relocating to Utah 10 years ago.

Kargi’s mother soon launched a class in her basement, teaching the fine art of classical Indian dance to young children, including her daughter.

It’s known as “Bharatanatyam,” and it’s divided into three parts: “bhavam,” or face emotions; “ragam,” or music; and “talam,” or rhythmic movements.

The young Indian American acquired “an unshakable relationship to my home country” by practicing Bharatanatyam, she wrote in a college essay.

Kargi, on the other hand, strove to blend in with her American neighbors when she was a teenager, downplaying her family’s South Asian heritage.

She remarked, “Instead of being proud of the characteristics that made me distinctive, I loathed them.” “In recent years, though, I’ve gained enough confidence in myself to embrace my heritage.”

Kargi was challenged even in the Hindu society, and she questioned whether her Indian self was good enough. She had lost faith in her own abilities.

Throughout it all, she was saved by the dancing.

According to Kargi, this self-assurance and sense of self-identity will be on full show during Diwali next week.

“It’s wonderful to know that even if I can’t see my grandparents, they can still celebrate this holiday and these traditions with us,” the young math major says.

Bringing the world closer together

According to Indra Neelameggham, a longtime temple member, Diwali is one of the Pan-Indian Hindu holidays that is observed in practically all cultural traditions of India from north to south and east to west.

Diwali dances have been performed at Heathrow Airport, while Times Square in New York has “the biggest Diwali celebration outside of India,” she claims, with “a gala of songs, dances, lights, Bollywood stars, Indian food, and products.”

Hindus decorate houses, streets, and businesses with rows of oil lamps or strung lights on Diwali, which is derived from the Sanskrit language word for “row of lights,” according to Neelameggham.

“So that she may bring success and prosperity on all,” she explains, it also contains prayers to the goddess Lakshmi, the patron Goddess of good fortune and money.

Believers visit friends and family during the commemoration and “seek the blessings of the elderly,” according to Neelameggham. “Merchants balance their books, settle their debts, and open new accounts on a new book. New clothes, money packets, and plenty of sweets are presented to the children as gifts. Gifts and traditional Indian delicacies are exchanged between families.”

According to Neelameggham, the celebration is linked to several colorful Indian mythology. “The most common myth in north India is that Diwali celebrates the return of Prince Rama, who had rescued his beloved wife, Sita, after defeating the evil King Ravana, who had kidnapped her. The story takes place in southern India, and it tells of Krishna and his wife, Satya, who fought and defeated Narakasura, the terrible incarnation of plagues, diseases, misery, and poverty.

Diwali is also significant for individuals of different faiths, such as Sikhs and Jains, she claims.

Neelameggham, for one, hopes that this year’s Diwali “brings us the blessings of overcoming the horrible plague COVID that has engulfed the entire planet.”

Storm of the Subtropics Wanda continues southward, as the hurricane center monitors two more systems with a chance of development.

To hand out Halloween candy, Steve Buscemi dressed up as his own ‘Lenny Wosniak’ meme

Best Online Casino Bonuses You Should Know About