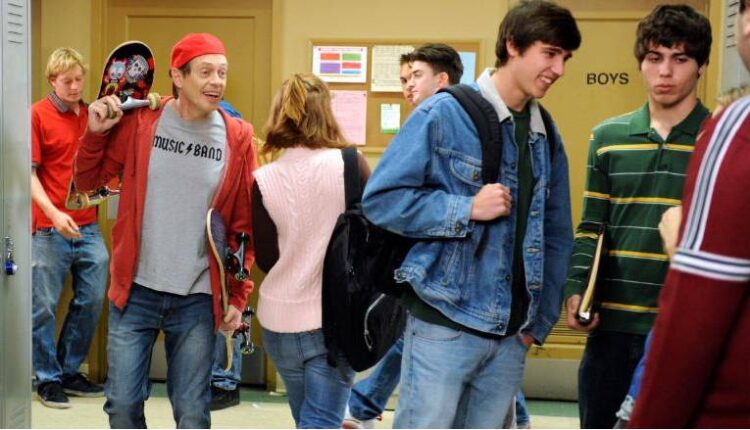 To hand out Halloween candy, Steve Buscemi dressed up as his own ‘Lenny Wosniak’ meme

Steve Buscemi wins the title for most meta Halloween costume in 2021.
On Sunday, the 63-year-old actor raised the stakes by recreating his iconic “30 Rock” scene-turned-meme while handing out candy in Brooklyn, New York.
Buscemi’s character, private investigator Lenny Wosniak, recalls going undercover as a high school student in a 2012 episode of the comedy series “The Tuxedo Begins.”

“How do you do, fellow kids?” he asks as he goes past a gathering of teens.

The scene spawned a meme mocking people who fail miserably to relate to the younger generation.
Buscemi was spotted wearing a red baseball cap, a red sweatshirt, and a T-shirt with the words “Music Band” on it in photos circulating on the internet. With a skateboard, he finished the look.

He and Elvis Costello were both happy to pose for pictures with fans and hand out candy to trick-or-treaters.
Buscemi’s costume concept was a success with show fans, with many praising his ingenuity on social media.
“I can’t believe Steve Buscemi dressed as his own meme on Halloween,” actress and playwright Mindy Kaling captioned the original GIF on Twitter.