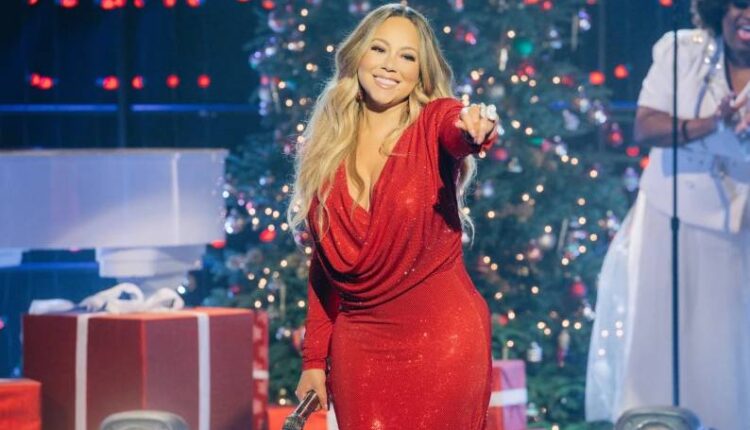 The singer and winter holiday icon shared a video of herself smashing pumpkins on Halloween night, implying that it’s fine to start celebrating Christmas on November 1st. (It was broadcast at 12 a.m. on the East Coast.)

Three pumpkins are lined up in the video, each displaying one word: “It’s not time.” Carey smashes the middle one that says “not” with a candy cane baseball bat, changing the word to “It’s time.”

Future generations will look forward to Colin Powell as a…

Carey next throws “snow” and holds Christmas ornaments in a warmly furnished living room, replete with a lit fireplace and stockings hung on the mantle.

The unofficial Christmas anthem plays in the background: her rendition of “All I Want For Christmas Is You.”

The Guinness World Records account even tweeted that it was the “new record for the earliest celebration of Christmas.”

This doesn’t mean we forget about Thanksgiving, though. Carey said to save the smashed pumpkins for pie “cause we still gotta get through Thanksgiving!!!”

With a keen eye, viewers will notice a subtle hint in the video that Nov. 5 is a significant date. In the background, a wrapped gift with the words “11/5” flashes for a fraction of a second.

What it could mean is still yet to be established.

After 18-day search, Cleo Smith, an Australian child whose abduction shocked the…

Jessica Simpson opens up about her battle with alcoholism: Take a look at the…