New Review of Litecoin, Get to Know the Privacy, History, Advantages, Disadvantages of Using it 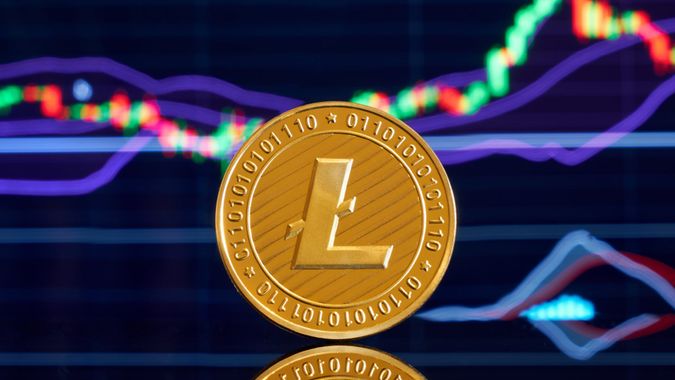 Lite coin is perhaps one of the oldest old coins on the market. In fact, many consider it to be one of the original old times of coins. Silver to bitcoins gold, however, is this silver still all that shiny.

What are the Differences Between 3, 4, and 5 Axis CNC…

If you are reading this article, there is a good chance you are familiar with Lite coin, we all know, it’s an open-source digital currency that offers global payments without the use of a centralized authority.

Litecoin began in 2011, launched by former Google employee Charlie Lee. The project is a fork of bitcoins core client with a few slightly altered attributes. One such alteration is the algorithm through which Litecoin is mined, called script. Let’s start there. like Bitcoin, Litecoin is a proof of work coin. However, Litecoin differs from its Bitcoin ancestor in a few ways. For starters, Litecoin offers faster results with shorter block times which take roughly two and a half minutes, compared to bitcoins 10 minutes. As a result, Litecoin provides lower transaction fees and faster transaction validation than you will get on Bitcoin.

The project does this through its mining algorithm referred to as script. When Litecoin mining started the intention was to allow those who didn’t have access to powerful ASIC machines a way to mine using their home computers and graphics cards. However, as time went on, specialized Litecoin mining computers with ASIC capabilities were developed essentially eliminating profitability with a CPU or GPU. Because of the algorithm block times and mining difficulty Litecoin has a max throughput of Fifty-Six (56) transactions per second. Now this is considerably more than Bitcoin seven (7). Of course, it’s worth pointing out that this is unchained throughput. The hope is that off Chain Solutions like the Lightning Network could dramatically scale this more.

Let’s now take a look at some of the other primary features of the Litecoin network. One technology that Litecoin is a particularly strong adopter of is atomic swaps. with atomic swaps, users can instantly perform cross chain transactions. What does this mean? well it means you can trade your Bitcoin for Litecoin without the need of a centralized exchange. A little over two years ago, Decred (DCR) and Litecoin were the first two projects that completed the first ever cross chain atomic swap.

So, there are a few benefits to using atomic swaps. First you remove the middleman which is something in the crypto community is all about. It’s slightly illogical to rely on a centralized cryptocurrency exchange to trade an asset that is the pinnacle of decentralized technology. Yes, Coinbase is pretty simple to use but they still control your trading while on the exchange. Secondly, it removes your funds from the potential h@cks that occur on exchanges. With the atomic swaps there’s no need to send your funds to an exchange, it’s done right from your own wallets. So, it’s wise for Litecoin to pursue atomic swap technology but there are some challenges that could face. The problem is the atomic swaps are a fairly new technology. Currently they aren’t easily available to the general public. Nevertheless, Litecoin’s leading man, Charlie Lee is a big proponent of the atomic swaps and the benefits they will provide. After all, he did perform one of the first ones on record.

Bitcoin transactions are slower and much more expensive than Litecoin which means is both faster and cheaper to complete an atomic swap through Litecoin’s blockchain. Plus, once the Litecoin channel is opened on the Lightning Network, it will also allow for the exchange of Bitcoin. This means users can trade their Bitcoin without opening the channel on the Bitcoin Blockchain. Now while this type of problem may not be a big deal to those who use the Lightning Network to perform a lot of transactions, it would matter to those who only need to complete a few operations. In this instance, Litecoin would be a much better solution for atomic swaps on the Lightning Network due to its cost effectiveness and speed.

Moving on, though. Another technological improvement that Litecoin users have been adopting successfully is Segregated. so, let’s take a look at that, shall we? Segwit or segregated witness is a technology that is intended to help mitigate the size limitation problems associated with blockchains, by freeing up space in the blocks there is more room for transactions and hence faster throughput.

Based on a report released by Litecoin earlier, SegWit usage on the Litecoin platform has skyrocketed reaching 75% in just a little over two and a half years since it was first launched. This is a welcome change as up until recently, it hadn’t managed to get past 50% adoption. Even though the technology was initially met with resistance, it has ultimately helped reduce transaction costs while also improving blockchain efficiency. It is also a head of the approximate 50% SegWit that we currently have on Bitcoin, so top marks to Litecoin for that.

One of the biggest challenges currently facing public blockchains is the increasing lack of privacy as envisioned by Satoshi. as a transparent ledger Litecoin also faces this challenge. Currently, all Litecoin transactions are completely public, that means there’s a lot of information that can be deduced from your transactions. Over time this data can be used to track a person’s wealth or purchases. So Litecoin devs have been exploring ways to make it fungible. One of Litecoins improvement proposals or lips presented a few months ago was the implementation of the mimblewimble protocol. This is a pretty advanced protocol that can obfuscate transactions and make them private. From a development perspective, the Litecoin foundation is establishing a dedicated fund that will be used to sponsor a developer who is specifically working on the mimblewimble code. So, things seem to be moving in the right direction when it comes to privacy on the Litecoin blockchain. But what is this Litecoin Foundation, and how does it fit in with the broader Litecoin ecosystem? The Litecoin Foundation is a nonprofit registered in Singapore that has a number of aims. Prime among these is the adoption of Litecoin across the world. This organization also works in tandem with the Litecoin core team while supporting it financially.

The Litecoin foundation is funded primarily through donations, along with three sponsor programs that attract investors. The foundation also works with a wide variety of payment gateways. This includes companies like coin payments, coin gate, tovala and so on.

By establishing this type of development infrastructure and establishing key partnerships, Litecoin can quickly expand its user base. The Litecoin foundation is also actively engaged in finding partners to work alongside the project’s ecosystem development, some are successful, some are not. For example, linked pay was highly regarded as a merchant solution that would rival Bitpay, unfortunately, that endeavor was shut down in March of 2018. Having said that, just a few months later in July of 2018 Litecoin launched in partnership with token pay a decentralized payment solution, the intent behind this type of relationship is fairly straightforward. Light coin will aid token pay with its blockchain development and in exchange, token pay integrates Litecoin into its merchant platform allowing its users to make payments using Litecoin. So, the Litecoin foundation is actively working to increase adoption of Litecoin, but is this having any impact. Well, let’s take a look at some of the initiatives and partnerships that the foundation and broader Litecoin community have been working on, shall we? There have been many examples but perhaps one of the most recent is the flexor platform. with its integration into the flexor platform this past summer, Litecoin added more than 39,000 merchants to its already vast network. There are merchants across the globe that accept Litecoin as a form of payment with most existing in Europe and the United States. However, there are also quite a few in parts of Asia as well, including Indonesia and India. These efforts are beginning to show signs of fruition as evidenced by recent partnerships with major companies like HTC, UFC and it also doesn’t hurt that the cryptocurrency is an official partner of the Miami Dolphins, an American football team.

What are the Differences Between 3, 4, and 5 Axis CNC…