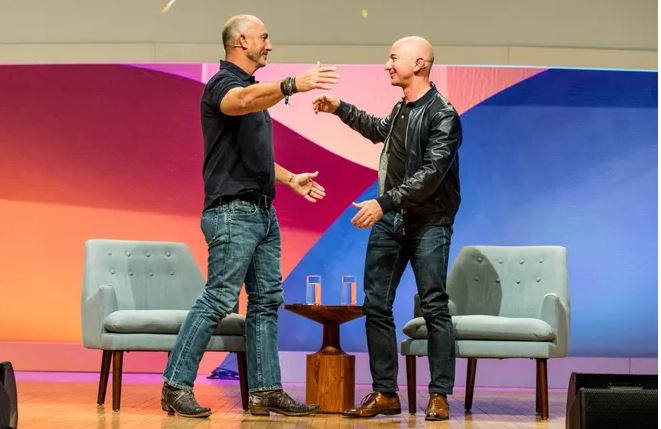 Amazon founder Jeff Bezos and his brother, Mark, will take part in the first human flight of New Shepard, a suborbital rocket system constructed by his aerospace business Blue Origin, on Monday.

“I’ve wanted to go to space since I was five years old,” Bezos stated in a video posted to his personal Instagram account. “On July 20th, my brother and I will embark on that expedition.”

The 1969 Apollo moon landing by Neil Armstrong and Buzz Aldrin will be commemorated on July 20th for the 52nd time.

Here’s everything to know about Jeff Bezos’ space mission:

What is New Shepard, exactly?

To take part in the voyage, Jeff and Mark Bezos will join the winner of an auction for a ticket aboard the New Shepard. The highest bid currently stands at $2.8 million.
Until June 10th, Blue Origin is holding an open online bidding campaign. The winner will be determined by a live auction two days later.
New Shepard is named after astronaut Alan Shepard, the first American to journey to space. It has a capsule that can hold up to six astronauts. The spaceflight, according to a webpage outlining the rocket system, will last 11 minutes.
In a video announcing his forthcoming trip, Bezos said, “Seeing the world from space changes you, it alters your relationship with this planet, with humankind.”
Since 2012, Blue Origin claims to have begun flight-testing the rocket and its safety features.

What is the safety of the Blue Origin flight?

Human spaceflight is a high-risk endeavor. Modern rockets and crew capsules are very intricate vehicles that create thrust using combinations of potentially explosive liquid propellants, although most contain emergency abort mechanisms to protect astronauts in the case of an accident.
Since 2012, Blue Origin has launched New Shepard 15 times from its West Texas launch pad, with no problems with the crew capsule atop the rocket. The space tourist capsule travels vertically with the booster, separates at a certain altitude, then deploys parachutes and ignites retro rockets to slow its landing before landing near the original launch site.
Meanwhile, the booster returns to its launch site automatically and lands vertically. SpaceX’s crew Falcon 9 rocket is reusable as well, landing on a drone ship in the Atlantic, while the Crew Dragon capsule splashes down in the Gulf of Mexico rather than the Texas desert.
Ticket prices are still being determined, but many experts anticipate that a New Shepard expedition will cost hundreds of thousands of dollars per person.