Protesters continue to block a pipeline in Minnesota. 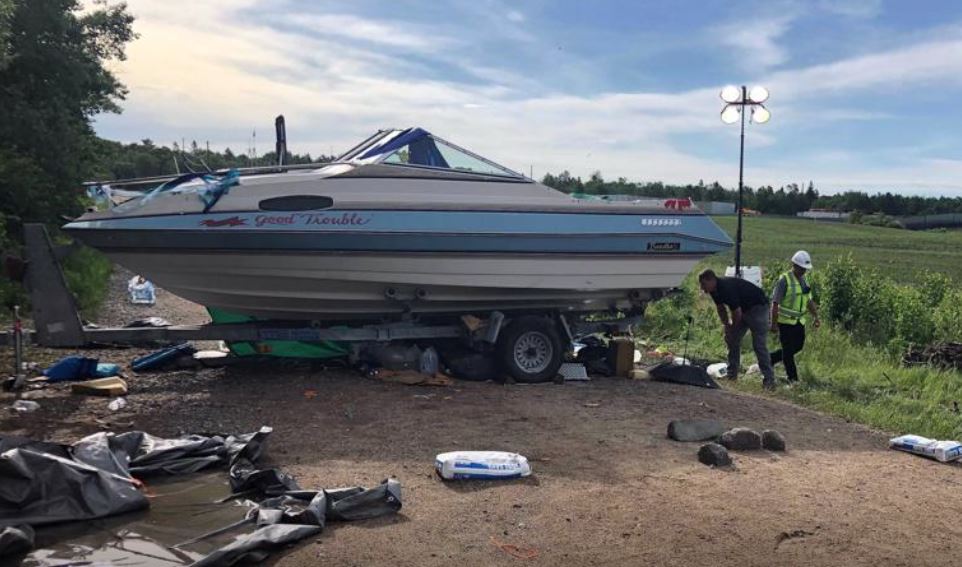 Protesters opposing a Canadian company’s plan to rebuild an outdated oil pipeline in northern Minnesota maintained a blockage at a pump station on Tuesday as part of a summer campaign to stop the project before it starts.

Early Tuesday afternoon, deputies freed the two women in the boat and brought them away. They worked until late in the afternoon to cut through the device used by two men to make it difficult to extract them from the trailer under the boat, which was named “Good Trouble” on its stern, a quote from the late civil rights leader and U.S. Rep. John Lewis, who was known for encouraging people to get into “good trouble” for a good cause.

The pumping station at Park Rapids was the focal point of Monday’s protests, with several protesters chaining themselves to construction equipment before being arrested by police. By Tuesday afternoon, no arrest data had been reported by law authorities. The Giniw Collective, one of the main organizers of the protests, estimated that over 150 people had been arrested.

The original pipeline, which was built in the 1960s, is decaying, according to Enbridge, and can only carry around half of its full capacity. It claims that the new line, which is made of stronger steel, will improve environmental protection while restoring capacity and maintaining reliable deliveries to US refineries.

The Treaty People Gathering, according to protesters, was the greatest manifestation of opposition to the project to yet. They also held a rally Monday at the Mississippi River’s headwaters, yelling “Stop Line 3!” and “Water is Life!”

Jane Fonda was among those in attendance, holding posters with President Joe Biden’s image that read, “Which side are you on?”

“This is critical. “This is exactly what we need,” she told The Associated Press, motioning to the audience.

On Line 3, Biden has remained silent.

Enbridge, based in Calgary, started a final construction push on Line 3 this month, which passes through a section of North Dakota on its route to Enbridge’s terminal in Superior, Wisconsin. Oil is already carried on the Canadian and Wisconsin replacement segments.