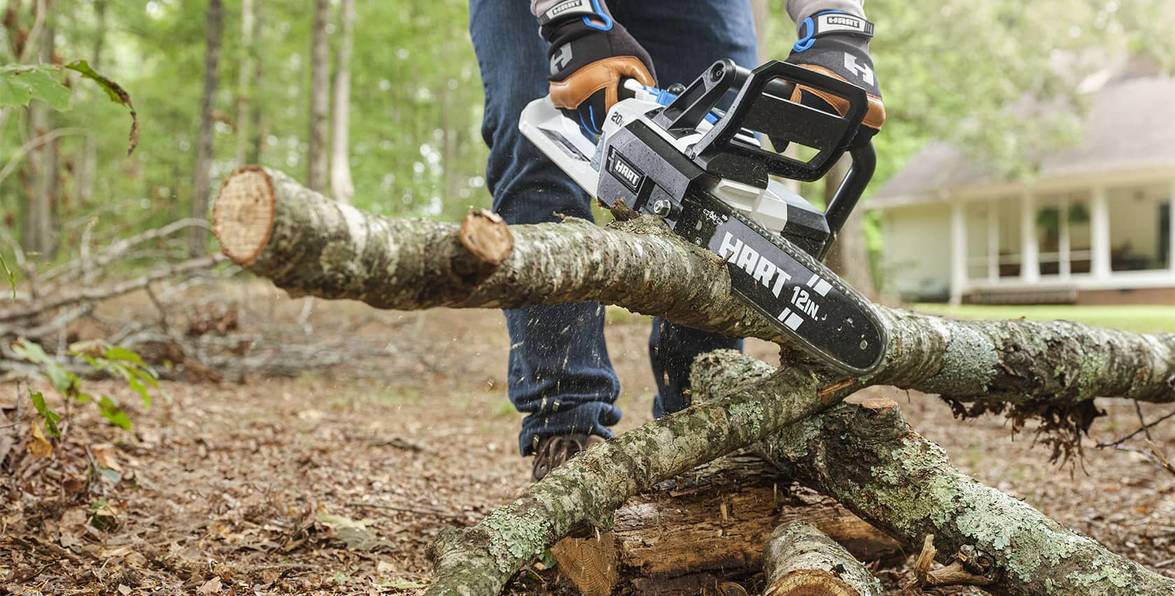 When you hear the phrase “chainsaw,” the first thing that usually comes to mind is tree falling or timber cutting. However, as unexpected as it may seem, the chainsaw was not designed to bring down trees. So, what was the chainsaw’s initial objective?

Before we get into the initial function of the chainsaw, it’s important to note that it transformed from a variety of earlier innovations. Other types of saws were developed to aid with the strength of falling trees.

Looking at the operation of modern chainsaws and how they evolved, the closest innovation to it is what we are going to explain.

What was the original use of a chainsaw?

The chainsaw’s initial function was to assist with child delivery. The birth canal was formerly the only channel via which a baby had to transit during delivery. There was no cesarean section available at the time. Doctors would remove part of the mother’s pelvic bones using a knife or a saw. This will assist to free up the pelvic bone and provide more space for the baby to pass through in stages. Performing this procedure with a knife may be both lengthy and very unpleasant.

A chainsaw is a tool with a long and illustrious history. And, as previously said, the chainsaw’s acknowledged genesis originates from a profession that has nothing to do with tree falling.

There was no anesthetic at the time, which caused a lot of women to suffer greatly at childbirth. Symphysiotomy was the name given to this procedure.

Symphysiotomy is a procedure that involves the removal of certain bone fragments and a cartridge to allow the infant to pass through the birth canal more easily.

This prompted two Scottish doctors to craft a solution to two issues caused by the procedure in 1780. The two challenges they intended to tackle were how to alleviate the agony that these ladies were experiencing. The second goal was to cut down on the amount of time it required to complete the procedure.

James Jeffrey and John Aitken were the names of the two doctors. They went on to develop a chain saw-equipped tool. It was about the same size as a kitchen knife. It was powered by a manual crank that rotated the saw and sliced the bone.

Because of its tiny size, the saw could fit into tight areas much like a knife could enter and cut, however, was quicker and more accurate than that of a knife or saw.

As a consequence of the positive results obtained with this uncommon medical instrument, many doctors have opted to use it as well. Instead of utilizing knives or saws, it became the instrument of choice for removing or chopping bones.

A different occurrence occurred a few years later, in the year 1830, which witnessed the creation of another tool similar to our modern-day chainsaw. Bernhard Heine, a German, discovered that the instruments used to remove or chop bones rendered their job a shambles.

As a result, he made the decision to take action. He invented the “osteotome,” a bone-cutting instrument. It was a game-changing surgical instrument. The osteotome was small and had a long blade.

This blade was used to guide a chain around the object. The teeth on this chain are quite sharp. The handle, which is attached to the sprocket wheel, allows the chain to rotate around the blade.

When you turn this handle, the chain begins to turn and then cuts. We must keep in mind that information spread extremely slowly during this time in world history. As a result, this innovation had nothing to do with the two Scottish physicians’ first effort.

Some people were aware of the ease with which this revolutionary surgical instrument sliced through bones over time. They reasoned that since this instrument could readily cut through the hardest of bones, it might be used to cut a variety of materials.

Timber was a very significant and booming business at this time in history. As a result, many people involved in the industry were continually looking for ways to enhance the speed and simplicity of tree cutting. Of course, this will result in higher earnings.

As a result, the chainsaw began to be used in medicine before moving on to forestry work. With advancements in medical research, hygienic standards, and technological advancements, the usage of chainsaws for bone removal and delivery has become obsolete.

The sexism that led to the Elizabeth Holmes trialBreakout