The sexism that led to the Elizabeth Holmes trialBreakout 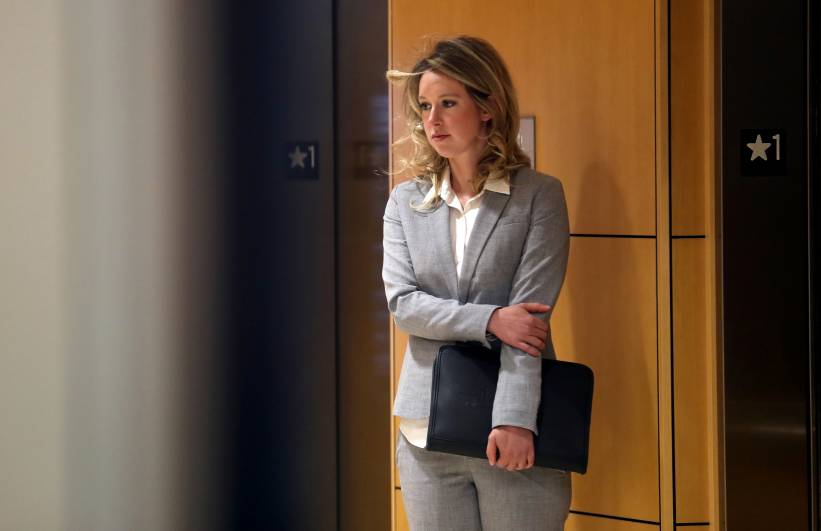 Elizabeth Holmes’ biotech company was once considered the hottest startup in Silicon Valley. But for lab techs working in Theranos’ blood lab, it didn’t exactly feel like a dream job.

Holmes claimed to the world that she had invented mini blood testing machines that could revolutionize healthcare.

But the blood test machines failed so frequently that staff had to work around-the-clock recalibrating, lab tech Erika Cheung testified in court Friday.

“We had people sleeping in their cars because it took so long,” Cheung told the jury.

After a federal investigation into the lab, Holmes was charged with defrauding investors and patients.

Her defense attorneys are trying to convince the jury that Holmes had no idea her invention gave bogus blood test results.

In court Friday, prosecutors chipped away at the defense by calling ex-Theranos employees to testify.

Senior scientist Surekha Gangakhedkar testified that Holmes was in fact aware of problems in the blood lab. Gangakhedkar said she met with Holmes directly on a regular basis. When she found out that Theranos was moving forward with accepting patients, she left the company.

“It made me uncomfortable. I didn’t think that was the right decision,” Gangakhedkar testified.

Cheung testified that she was afraid of the company’s executives. When Theranos’ human resources director called her, even the HR director sounded scared, she said.

“When I heard (the HR director’s) voice and how scared she sounded, it just reminded me of how scared I was working for that company. I had a right to not speak to them.”

After she left the company, Cheung received an email from the company’s legal team threatening her with a lawsuit for defamation. The letter also accused her of leaking confidential information, including trade secrets.

Text messages made public record recently by prosecutors expose private exchanges between Holmes and Theranos COO, Sunny Balwani, when their company was coming under fire.

There are texts about seeking to silence medical professionals and Theranos employees who were raising red flags to federal authorities and journalists.

In one text exchange, the duo was trying to figure out which of employees were leaking information.

Balwani wrote to Holmes, “I am narrowing this down in CLIA. Down to 5 people. Will nail this mr fr.”