Review: ‘Cry Macho’ is a touching reminder of Eastwood’s ability. 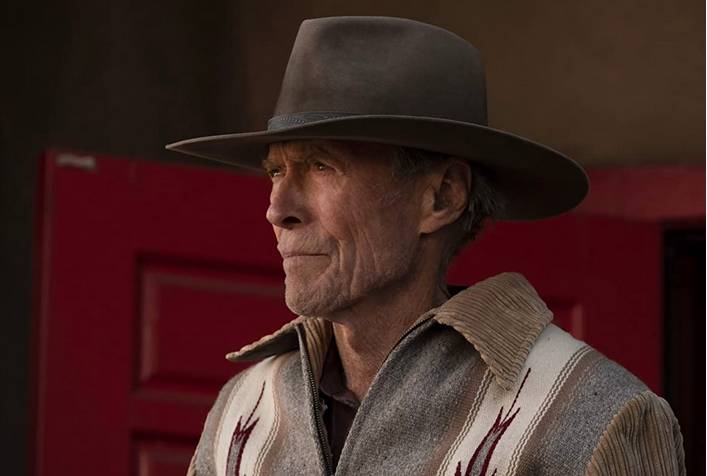 No movie star or for that matter actor or director has done it better for longer than Clint Eastwood.

At 91, he’s still acting and directing, and his latest film, “Cry Macho,” opens this weekend in theaters and is also streaming on HBO Max. Despite his age, Eastwood’s star still shines as a director and actor.

There is a certain charm to the film for the Eastwood fan, but the movie plows little new ground, and for me at least, it falls on the lower end of the spectrum of the actor/director’s considerable output.

The story is based on a novel by N. Richard Nash, published in 1975, after the author attempted to sell it as a film script. The story has knocked around Hollywood ever since.

Arnold Schwarzenegger was set to star in an adaptation in 2011, but production was canceled short of making the film.

Eastwood had screenwriter Nick Schenk revamp Nash’s original screenplay, and the movie that will remind some of an “afternoon-special” attempt at a tough-guy movie was shot in New Mexico last year despite the challenge of Covid-19.

The story is simple. Eastwood’s character, a former rodeo roustabout and horse trainer Mike Milo, owes a debt to big-shot Texas rancher Howard (Dwight Yoakam) for bailing him out of hard times during a low point many years ago. Howard hires Milo to retrieve his 13-year-old son Rafo (Eduardo Minett) and the boy’s prize-fighting rooster, Macho, from the boy’s “abusive” mother in Mexico.

Milo is an ornery cuss in classic Eastwood style, but an honorable one who does like kids and and animals. He accepts the mission and seeks to retrieve Rafo and Macho.

The movie will remind some of John Wayne’s last film, “The Shootist” about an ailing gunfighter that co-starred a young Ron Howard as a teen whom Wayne’s character took under his wing. Eastwood’s Milo relates to young Rafo in a similar fashion.

“This macho thing is overrated,” Milo relates to the boy toward the climax of the movie. “You think you have all the answers, but then you get older and realize you don’t have any. By the time you figure it out, it’s too late.”

Eastwood’s Milo is a mellower more introspective, and perhaps wiser version of Eastwood’s laconic tough guy stereotype. Sure, Eastwood’s character throws a few punches, romances a lady, and is on the run in his attempt to rescue Rafo and the fighting chicken, but he does take a more leisurely pace.

For the most part the movie’s twists and turns can be anticipated, but the journey is mostly quick and enjoyable if you are an Eastwood fan. Natalia Traven is solid as the widow Milo lightly romances while Rafo takes a shine to one of her granddaughters during their stay on the ranch.

While the movie doesn’t really fall into the action-drama genre Eastwood is best known, that’s O.K. He’s made dozens of those films that we can rewatch whenever we want. This movie is somewhat different, maybe a little bit closer in line with his 1978 comedy “Any Which Way But Loose.”

Though some Eastwood fans might feel a bit let down by “Cry Macho,” I enjoyed the film’s slightly different flavor for what it is rather than what it is not.