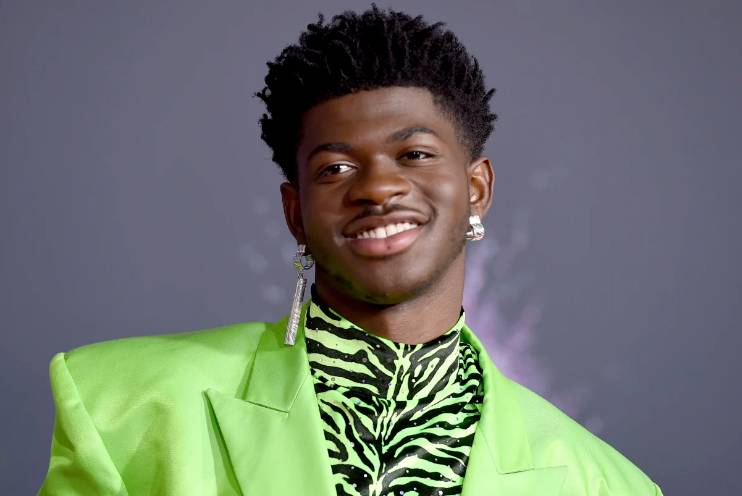 When Lil Nas X first dropped “Old Town Road” at the end of 2018, the country-rap banger broke the internet. In the process of wrangling viral fame, Lil Nas X’s trajectory sparked debate over the racial boundaries of genre. While some might have thought this was just a teenager’s 15 minutes of fame, three years and two Grammys later, Lil Nas X is rewriting the rules of unlikely stardom again.

Not only has Lil Nas X broken Billboard records, he’s breaking barriers. The rap-pop star is openly gay and, through his lyrics, music videos like “Montero (Call Me By Your Name)” and comedic clapbacks to critics, he’s using his platform to generate new conversations about representations of Black queerness and dismantling homophobia in hip-hop. It’s a position the 22-year-old doesn’t take lightly, but he’s not trying to let his entire artistic narrative be defined by it, either.

“My intention was always to be as entertaining as possible,” he says. “I’m not like trying to comfort anyone, or their children.”

On Sept. 17, Lil Nas X dropped his debut studio album, Montero, a project that has been two very eventful years in the making. The artist joined NPR’s Sidney Madden to discuss the road to this release and how his approach to music has changed over the years.

This interview has been edited and condensed for clarity. To hear the broadcast version of this story, use the audio player above.

Sidney Madden, NPR Music: What’s one song on the album that we can hear that went through a change?

Lil Nas X: I feel like all of them – but especially, “Lost in the Citadel.” I went back and rewrote that one a million times, because the situation kept changing. [That song] is about this relationship that I kept going back to and expecting a different outcome, when it was going to be the same situation over and over again. It’s called [that] because [that situation] is like a place you can’t get out of… a maze.

You have so much confidence – but it’s clear that you analyze your own output and creative process a lot.

As soon as I moved into my new house I spent the entire day writing – I’m still getting used to writing personal stuff in songs, and being open to people about things happening in my private life. But I really want to be honest with fans, remind people that I’m a human being and we all have the same situations in different forms.

What allowed you to be more personal?

I thought about the people I look up to the most – Kanye, or Drake, or Nicki – what really connects is when they’re saying the things that are happening internally. They’re letting you get a peek into their life, [which] humanizes them. People a lot of the time see celebrities or anyone famous as just… a being existing.

Do you ever feel like you’ve been put into a box so far in your career?

Has there ever been internal pushback on what you want to do and how you express yourself?

Yeah, absolutely. A lot of times if I’m saying something in a song, like the second verse in “Call Me” or even the first verse, or just talking about guys in music. Even you know, going to these pole dance classes, or going to the BET Awards and performing all, you know, sensually. It’s a lot of pushback internally – but that’s actually my guide to do exactly what I’m doing. A lot of times, when you’re afraid to do something, that’s when you should really do it.

Hip-hop has historically been very homophobic, in some respects. How has that affected your relationship with the genre?

I wouldn’t be here without hip-hop. I understand how things have been, and I let go of it. There’s a long build of homophobia, not even just in hip-hop but in the world. It’s something that has been molded for a very long time, and I understand that it takes a lot for people to unlearn. I’ve thought that way in one point in time – it’s the reason that there’s still a lot of people who are extremely racist. It’s gonna take some time to calm it down, I guess…

Can you give me an example of when you did that, and that you had to unlearn?

When people would say ‘Oh my God I love you, you’re not like the other gay people.’ I thought that was like, a compliment. But in reality those people are just against feminine men, and the only reason they hate that is beacuse they’ve been taught over time ‘This is now how this specific person or thing is supposed to be.’

At the end of the album, you’re talking about leaving a legacy – I’m trying to have you forecast what that legacy is going to mean, when the fan hearing who’s hearing it starts their own music career. What boundaries are they going to break, and what boundaries won’t they have to worry about?

I feel like they won’t have to worry about being a queer person in the industry. Or being stifled by whatever somebody has to say about you on the internet. I feel like that’s a big difference between artists nowadays and 10 years ago – we’re open to hate from millions of people around the world. It’s harder to block out. But I feel like that will be easier for them.

Maybe we’ll have like a mainstream trans artists or something… just something different. Something new.