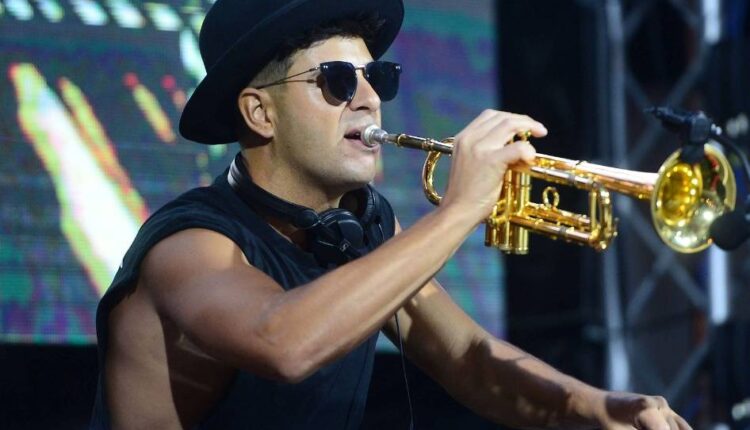 It is customary for Mets closer Edwin Daz to enter Citi Field’s ninth inning to the trumpeting strains of Timmy Trumpet’s song “Narco.” Throughout the 2022 season, the song has served as a rallying cries for the Mets supporters.

It was on full show once more Wednesday night during a 2-1 victory over the Los Angeles Dodgers as Timmy Trumpet performed Dáz’s entrance music live. Dáz defeated the Dodgers shortly after entering the game by retiring the majority of their starting lineup.

“I think I could feel the difference,” Díaz told reporters after the game. “Everybody was getting into it. It was really fun to watch.”

Timmy Trumpet, whose real name is Timothy Smith, had never seen a Major League Baseball game in person prior to this week. Now he’s hooked.

“But I can tell you,” Smith said, “I can assure you, I’m officially a Mets fan for life.”

“Narco” which is performed by Smith and Dutch DJ Blasterjaxx, has become an anthem at Citi Field whenever Díaz enters the game. Before Díaz enters the game, stadium operators turn off the lights to get fans ready for the trumpeting sounds. Even the SNY broadcast refuses to go to commercial when Díaz enters the game as they pan their cameras on his entrance from the bullpen.

“It’s absolutely insane,” Smith said regarding Díaz’s entrance. “It’s incredibly humbling and a great honor that a world-class athlete is using my song as inspiration to run on that pitch. This guy’s such a professional, he could do this with any song. But I’m very thankful to the Mets supporters and anyone that’s adding this track to their playlist and supporting ‘Narco.'”

Smith travels the globe as a musician, but he wants to attend at least one more game at Citi Field this year.

One of the best seasons of Dáz’s MLB career is currently underway. The Mets closer is presently fourth in the majors with 29 saves and a career-best ERA of 1.38.