Apple has released iOS 15, which brings significant improvements to the iPhone. 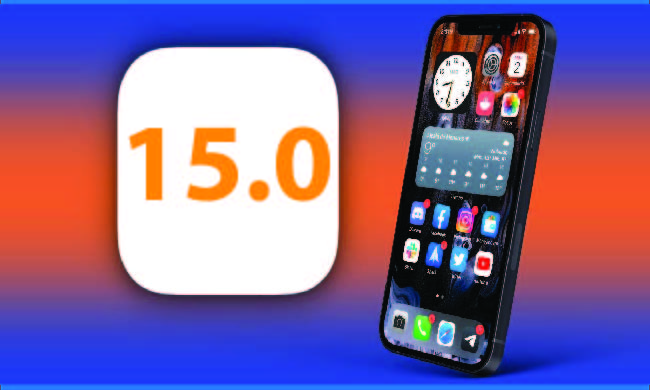 Apple has released iOS 15, the latest version of the operating system. On Monday, the company announced the change during its virtual Worldwide Developers Conference 2021, or WWDC.

New notification settings, improvements to Messages, tweaks to Photos, and more are among the changes to the operating system that runs millions of iPhones across the world. Here are the most significant changes in iOS 15 for your iPhone.

A function that focuses solely on your voice, filtering out surrounding noise, as well as a way to take in even more of the sound around you, will be added by the firm. You can now organize a FaceTime call using Calendar invites or exchange links via text messages with the new FaceTime Links feature. Users without iOS devices will be able to join FaceTime chats via web links, which Apple claims will be protected in the same way that they are on the iPhone and iPad.

Apple also announced SharePlay, a new tool that allows users to bring music and shows into FaceTime chats so you can listen and watch with friends and family. Anyone in the call will be able to pause and play anything you’re listening to or seeing thanks to shared controls. You may also use iOS’s picture-in-picture mode to view shows, or use AirPlay to expand them to your TV.

Apple claims that SharePlay will be compatible with Disney+. Other services include Twitch, Hulu, TikTok, ESPN+, and more. Then there’s a new screen sharing tool that allows you to literally share what’s on your screen with your friends, allowing you to show them what you’re looking at online or assist them with a quick educational walkthrough if they’re having problems using an app.

Updates to Messages and Notifications

Meanwhile, Messages has received an update in the shape of a feature called Shared with You, which allows you to read all of the news items and videos that your friends have shared with you over time in your Messages, rather than losing them in the midst of your stream of back-and-forth texts.

A Shared with You area will be added to the Photographs app, allowing you to see photos that friends have shared with you. Apple claims that only photographs containing your face will surface in your Photos app, preventing your library from becoming overloaded with screenshots and memes.

In iOS, notification icons have been updated, and a feature called Notification summary has been included. This allows you to set a timetable for when specific notifications arrive and how they are prioritized. People’s notifications, on the other hand, will not be included in the summary, ensuring that you receive messages as soon as they are sent.

There’s now a Do Not Disturb mode for Messages, which lets folks know you’re not accepting texts right now, whether you’re in a meeting or out to dinner. People can still interrupt by calling or informing you that something is urgent.

A new Live Text feature allows you to copy text from images and paste it into emails or other apps as text. You can call a phone number you see in a photograph by tapping it. Apple will also add object recognition to photos, allowing users to recognize pets and locations. It’s comparable to Google’s own Google Lens, albeit Google’s software has a lot more experience behind it, so it’ll be fascinating to see how Live Text compares.

Memories has been updated in Photos, allowing you to customize the look and soundtrack behind your memories, with Apple picking songs from its Apple Music catalog.