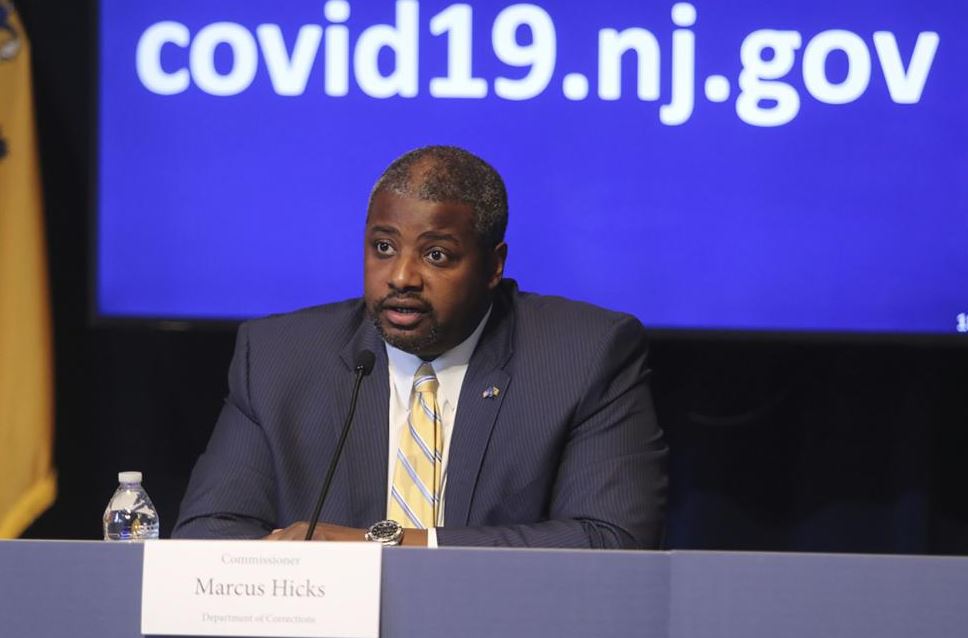 Many senators have advocated for Marcus Hicks’ dismissal in recent months, citing his general work performance and his management of problems at the Edna Mahan Correctional Facility for Women in Clinton. The state attorney general has filed criminal charges against ten guards for what he claims was a brutal attack on women at the prison in January.

Hicks, who will depart office on June 18, defended his tenure, citing the addition of body cameras at Edna Mahan and the hiring of more women, among other reforms. He also hired a consultant to assist him in turning the institution around.

In a statement released Tuesday, Hicks said, “It has been an honor and a privilege to have served the Murphy Administration and the people of New Jersey as commissioner of the New Jersey Department of Corrections for the past three years.” “I’m proud of the work we’ve done so far, and I wish our staff and those in our care all the best as the department works to maintain safety and promote rehabilitation.”

Members of the Women and Children’s Committee Angela McKnight, Gabriela Mosquera, and Lisa Swain said in a joint statement that Hicks’ departure was “essential” and that the new leadership can now focus on preventing such “human rights crimes.”

In a statement, William Sullivan, the president of the prison guards’ labor organization, said the organization is dedicated to working with the incoming administration to “improve credibility, effectiveness, and operations.”

After reading a new 75-page investigative report he commissioned on the January attack on female inmates by primarily male prison guards, Murphy, a Democrat, announced his intention to close Edna Mahan on Monday.

Some female convicts were forced to strip and subject to searches in front of male guards, according to the paper.

Interviews with certain officers, including Hicks, and the prisons ombudsperson, as well as films and 21,000 documents and emails, were used to compile the report.

It contains specifics regarding the Jan. 11 and 12 attacks on at least six inmates, according to Attorney General Gurbir Grewal. Guards used excessive force on convicts and made false reports after taking them from their cells, according to the investigation. Male guards were also allowed to watch female convicts during strip searches, which was against policy.

The study also includes new information regarding the events leading up to the attack and how they unfolded.

It claims that in the days leading up to the incident, several inmates made a “coordinated effort” to “splash” prison officers, a term that refers to throwing liquids at them, such as urine and feces.

Murphy expressed his displeasure with the assault on detainees on Monday, saying he was “very troubled and horrified.”

“Individuals in state custody ought to be treated with decency and respect, and the police involved in this incident abused their power to send a message that they were in command, both directly and indirectly,” he added.

The jail was built in 1913 in Clinton, Hunterdon County, about 50 miles (80 kilometers) west of New York City. Grewal has claimed it has a “ugly past,” part of which was recorded in an April 2020 investigation by the US Justice Department, which found a “culture of acceptance” of inmate sexual assault.

In April, the state and the facility negotiated a roughly $21 million settlement over long-standing complaints of abuse and harassment.

Victoria Kuhn, the Departments of Corrections’ current chief of staff, will serve as interim commissioner.