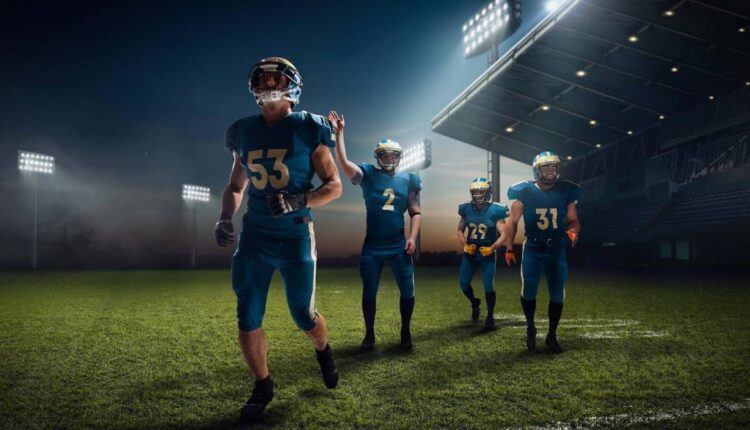 When naming the most popular and greatest sports leagues in the world, the NFL will often be brought up very quickly in conversation due to its star-studded cast of athletes and immense fan interest from both its native country of the US and overseas which has allowed the NFL to flourish into one of the sporting world’s most decorated brands.

Since the merger between the NFL and AFL back in 1966, football has grown to greater providence following on from the inception of the Superbowl game which ranks as one of the most frequently watched events for all global audiences.

The NFL itself, remains as the US’ most decorated league in terms of watchability and revenue income compared to rivalling sporting league’s/competitions such as the NBA, MLB and NHL among various others.

Alongside providing fans of the football scene with a plethora of memorable moments and highly anticipated games, there is also a number of unique names and star athletes that are so often associated with the sport and have since made their calling as proud figures that have since defined the NFL landscape and as such have brought even more attention to the league from various other audiences, including those overseas.

The 2022/23 is vastly approaching and the hype surrounding the opening week of games is palpable with the latest  NFL week 1 odds on DraftKings already sighting a number of teams that could remain as lively challengers for the Superbowl this season.

In addition to the hype surrounding the regular season’s offset, there will also be a number of changes made to NFL games this season that are now sighted as being wide attempts to draw in more audiences from neighboring countries and continents.

It is already apparent that the NFL and its commissioner Roger Goodell has set plans in motion for the league to appease more global audiences with the NFL now having annual games in London, England at the Tottenham Hotspur Stadium and Wembley Stadium on a yearly basis.

There is even a rumor that the NFL would be interested in including a potential addition of an expansion team in the city of London or relocating an active NFL team to the UK with the Jacksonville Jaguars being sighted as the primary favorites given their greater following in London compared to ‘Duval’ county as well as their owner Shahid Khad being the current active owner of Fulham FC in the Premier League located in the capital.

While a potential expansion or relocation of an NFL team to London looks to be highly unlikely at this current juncture, the NFL is still looking to grow their global fanbases with more games in London this year as well as other major international cities such as Munich and Mexico City now also scheduled to have regular game played for this season.

Teams like the Jaguars and Houston Texans are often sighted as being potential favorites to play overseas due to their low attendance numbers back in the States as well as both teams being considerably ranked at the bottom of the league standings, which allows these teams to gain greater interest from global audiences and help grow the NFL’s international interest for future games overseas featuring more established clubs that are constantly involved in the title picture or have a wide spread amount of fan support.

While it may seem strange to sight that the inclusion of flag football at any future renditions of the Olympics will be vital for the NFL’s plans to improve as a brand overseas, this is not completely out of the question.

There is currently no football related sport that remains a part of the current Olympics set of sporting events and the inclusion of flag football will encourage more global developing athletes to become further affiliated with the sport as well as drawing greater attention from the media and fans of the games.

While the NFL is now widely televised in a number of foreign countries, there remains a lingering feeling that maybe the sport of football needs to be more televised and appealing on a global scale, and the Olympics is the perfect option.

With the 2028 Olympics now set to take place in Los Angeles, there is no better stage to showcase the amazing and unique array of US sports on display with football being the most highly coveted amongst US audiences.

Should this strategy be a rising success, the NFL will greatly profit from these developments and will continue to gain greater traction from international audiences that may sight an interest in attending games or tune into broadcasts to watch their newly found favorite team.

More countries will likely be raring to campaign for the inclusion of an NFL game on their native soil or may continue talks for a potential team in the future, however at this current moment, the NFL’s attempts to improve their global brand could not be more apparent, and it is only likely to rise after this current season that is soon to get underway.