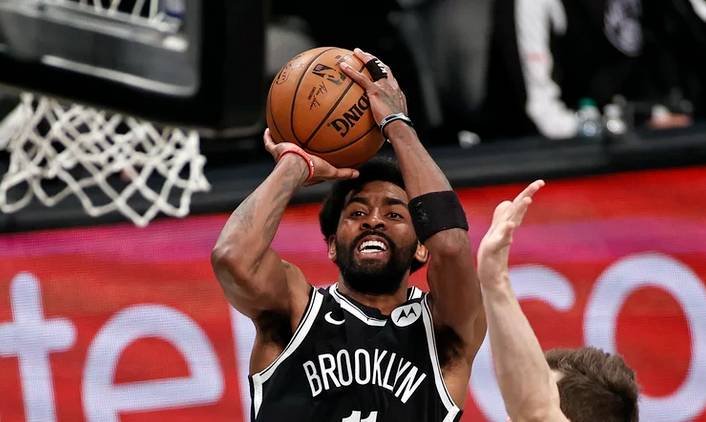 While the club is prohibited by law from disclosing a player’s immunization status, Irving has been labeled as “ineligible to participate” not a preseason game against the Minnesota Timberwolves planned for Thursday.

“Given the fluid nature of the situation and after careful consideration, we have determined that Kyrie Irving will not play or practice with the team until he is eligible to participate fully,” Marks said in a statement, adding that the player had made a “personal choice” and that “we respect his individual right to choose.”

However, “his choice precludes him from being a full-time member of the team, and we will not allow any member of our team to engage on a part-time basis,” Marks added.

The news comes on the heels of a New York City rule that everyone over the age of 12 must have documentation of at least one COVID-19 vaccination injection in order to access indoor gyms, including the Nets’ own Barclays Center in Brooklyn.

Irving evaded reporters’ queries regarding his immunization status earlier this month. Irving told a reporter at a remote press conference that he wanted “to keep that things private,” adding that he would “address it properly with my team and go forward together with a plan.”

Irving could lose around $380,000 each home game if he remains on the roster as an ineligible player.

The Nets had hoped Irving’s vaccination decision would change in time to avoid a situation where he would be unable to play, but ESPN reports that in recent days, “the franchise’s collective patience will be increasingly tested the longer Irving remains unwilling to commit to joining the team on a full-time basis.”